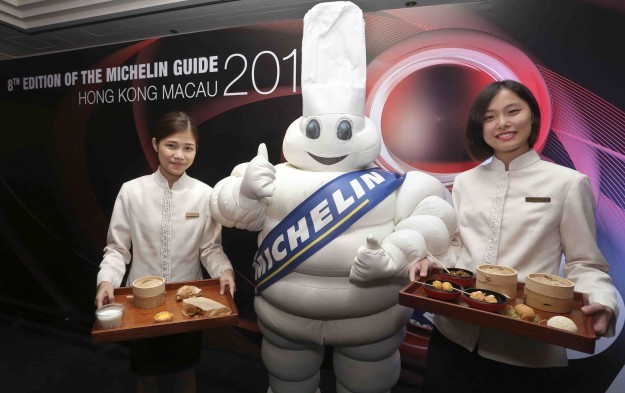 Michelin has released its eighth edition of the Michelin Guide for Hong Kong and Macau, with five restaurants in Macau gaining the prestigious star for the first time, and two more awarded a two-star rating. The city’s casino properties continue to be the best places in town to eat, according to the latest guide unveiled on Thursday.

The new list features 16 restaurants in Macau, up from 11 in the previous year – 15 of the city’s Michelin-starred restaurants are located inside a casino hotel or resort, as gaming operators try to diversify their non-gaming offerings.

The number of two Michelin-star restaurants in Macau doubled this year. French restaurant The Tasting Room and Cantonese outlet Jade Dragon were each awarded a two-star rating this year, after having received a single star in the previous year. Both outlets are located at City of Dreams, operated by Melco Crown Entertainment Ltd.

Only one of Macau’s Michelin-starred restaurants is located outside a casino resort – King, at AIA Tower on Macau peninsula.

The first edition of the guide for Macau and Hong Kong, published in 2009, gave star ratings to six Macau restaurants. This year’s guide includes 11 Macau restaurants offering “exceptional good food at moderate prices,” a feature called “Bib Gourmand”. A new addition to the guide this year is a list of 12 street food outlets in Macau.