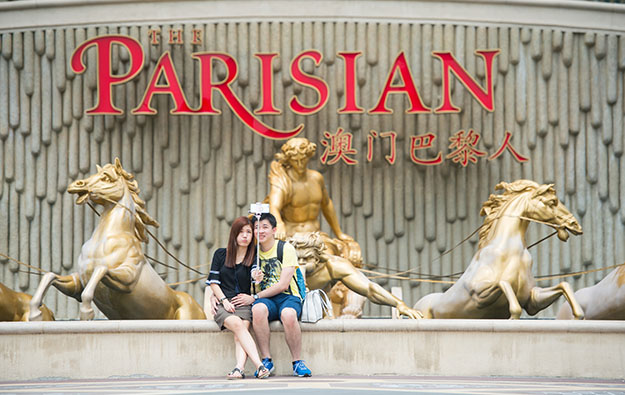 People in the age range 25 to 34 were the single-largest group of visitors to Macau in 2019, representing 23.4 percent of all arrivals, indicates Morgan Stanley Research Asia Ltd.

The institution describes that age cohort as “millennials”. It bases the numbers on the Macau government’s visitor statistics database, which since the start of 2017 has included information on age categories of visitors.

“Though visitation is not the same as gambling, the survey suggests that millennials do travel to Macau a lot. This is positive for the long-term demand of Macau business,” wrote analysts Praveen Choudhary and Gareth Leung in a Wednesday note.

Michael Zhu, senior vice president of international operations planning and analysis at consultancy the Innovation Group, told GGRAsia in November 2018 that there was value in the traditional casino sector broadening its product offer. He said his firm’s research suggested “millennials” were “not very interested in bricks-and-mortar gaming”.

While it might be hard to get an entirely objective perspective on the issue, Morgan Stanley noted in its memo that “Chinese” millennials aged 25 to 34 saw their contribution to total Macau visitor numbers grow 5 percentage points year-on-year to 30 percent in the February to March period this year, coinciding with a time when the region was already being affected by the coronavirus pandemic.

Morgan Stanley said those in the 35 to 44 age range saw their contribution to Macau tourism rise 7 percentage points, to 28 percent year-on-year during the same period of time.

Macau visitors aged 15 or below were the “fastest growing group”, with the number of Chinese visitors in that cohort in the past two years up 47 percent, said Morgan Stanley.

“This can be explained by increased hotels and GGR [gross gaming revenue]” being centred on the Cotai area, “which has more non-gaming facilities for families,” said the institution.

“This is another positive for the long-term demand of Macau gaming,” suggested the Morgan Stanley team.

Paradise Co Ltd, an operator of foreigner-only casinos in South Korea, reported casino revenue of nearly KRW48.65 billion (US$39.8 million) for January 2023, according to a Thursday filing to the... END_OF_DOCUMENT_TOKEN_TO_BE_REPLACED