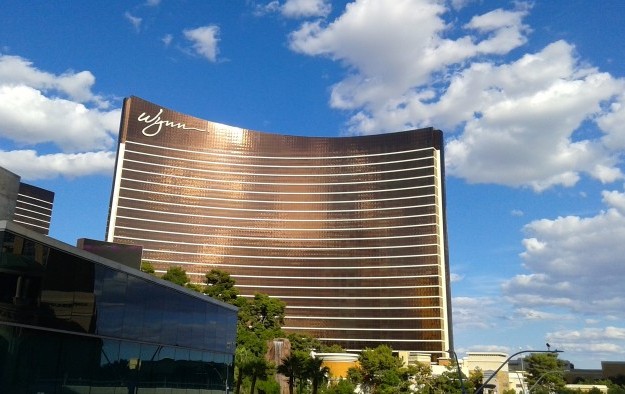 A total of 114 people has been interviewed and three million documents reviewed as part of casino operator Wynn Resorts Ltd’s own investigation into allegations of sexual misconduct against the ousted founder and chief executive, Steve Wynn.

The information – as reported by multiple news wires – was given by Patricia Mulroy, the longest-serving of four women that now sit on the U.S. casino firm’s board, when she was speaking at the firm’s annual meeting in Las Vegas, Nevada, on Wednesday. Ms Mulroy heads the internal review committee, and said she anticipated the enquiry would be finished later this year.

Mr Wynn resigned from his posts in February, and later sold his entire stake in the business. He denies wrongdoing. Wynn Resorts is the parent of Macau casino operator Wynn Macau Ltd.

Ms Mulroy’s committee is working with external lawyers to look at the internal procedures and policies of the company and at the issue of harrassment. It is also reportedly cooperating with regulators in Nevada and Massachusetts. In the latter jurisdiction, the group is building a new resort at Boston Harbor.

Shareholders were told on Wednesday about initiatives including a community and culture department, a pay equity study and a six-week paid parental leave policy. The three new female members of the board that had been announced in April, were also formally introduced.

The structure of the board has changed dramatically over the past three months, with 60 percent of the directors that had been in place at the start of the year now having departed or about to do so.

Ray Irani and Robert Miller have resigned, the latter effective from Monday. Jay Hagenbuch withdrew his candidacy for re-election after several investor advisory firms urged stockholders to withhold support for him.  Elaine Wynn, Mr Wynn’s ex-wife, a co-founder of the group and now Wynn Resorts largest shareholder with 9.25 percent, also campaigned against Mr Hagenbuch’s re-election. Director Edward Virtue did not stand for re-election at the meeting. Fellow board member Alvin Shoemaker has said he will not seek re-election after his current term expires next year.

Notwithstanding the efforts of the firm to improve its image with the public and with regulators, those five male directors are named defendants in lawsuits brought by shareholders, alleging breach of fiduciary duties in relation to allegations against Mr Wynn.

In comments on the sidelines of the annual meeting, Matt Maddox, the group’s chief executive, was quoted by the Las Vegas Review-Journal newspaper as saying the best days of the firm were still to come.

He also said the company’s US$2.5 billion under-construction Boston project wasn’t for sale, although the firm has said it is set to drop the ‘Wynn’ name from the scheme.

“Are there areas we can improve?… I can tell you I am committed to make sure that Wynn leads the industry in terms of gender equality, diversity and inclusion,” said Mr Maddox.

There were some words of support for Mr Wynn at Wednesday’s meeting. One unidentified male shareholder was reported saying: “I would like to convey my thanks to him as a shareholder for over 10 years, and I’ve been coming to his resorts for almost 30 years… The happiness, the joy, the delight of prosperity as a shareholder that I’ve enjoyed, I just want to convey that to him.”

The reshaping of Wynn Resorts’ board had been “healthy” for the group and had not had a negative impact on Wynn Macau Ltd’s operations, said Allan Zeman, the latter’s non-executive chairman. He was speaking on Wednesday morning Macau time – and prior to the parent firm’s annual meeting – on the sidelines of the Global Gaming Expo (G2E) Asia 2018 casino industry trade show and exhibition in Macau.

Wynn Macau Ltd is currently working on plans for the phase two for its Wynn Palace resort on Cotai, a project that will be focused on non-gaming, Mr Zeman told media at the event.

A Macau court was offered evidence on Monday, including of recordings from police-wiretapped telephone conversation, that the prosecution says proves the direct involvement of Levo Chan Weng Lin... END_OF_DOCUMENT_TOKEN_TO_BE_REPLACED