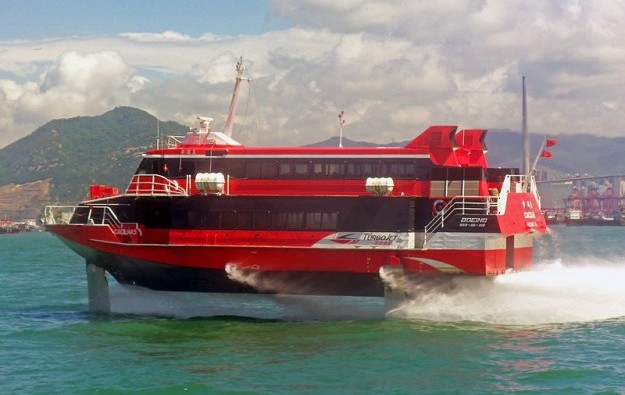 A hydrofoil sailing into Macau has crashed into a seawall in the city’s harbour on Friday morning, in the latest accident to hit the busy waterways between Macau and Hong Kong.

About 70 people were injured in the incident, Macau’s Health Bureau said in a statement. Fifty-nine of the injured are Hong Kong residents, the statement added.

The high-speed ferry was carrying 220 passengers and 13 crew members when it hit the concrete breakwater at about 9.30am, after departing nearby Hong Kong about an hour earlier, said a spokeswoman for the Marine and Water Bureau in Macau.

“We can say most of them were slightly injured,” the spokeswoman said. The bureau said the cause of accident was yet to be determined.

It is the second accident of ferry operator TurboJET on the Hong Kong to Macau ferry route in less than two months. In late May, a Hong Kong-bound Macau ferry collided with a mainland Chinese vessel, leaving 33 injured.

In late November last year, at least 85 people were injured when one of the company’s ferries hit an “unidentified object” in waters near one of Hong Kong’s outlying islands – some of the most congested waterways in the world.

A global shortage of computing microchips is currently the biggest challenge for gaming machine manufacturers, says businessman Jay Chun (pictured in a file photo), president of the Macau Gaming... END_OF_DOCUMENT_TOKEN_TO_BE_REPLACED