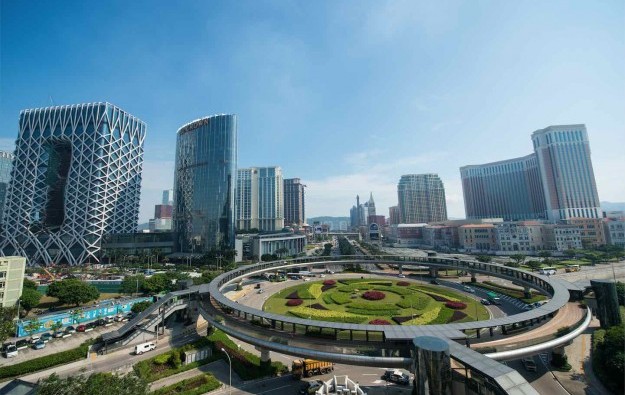 Macau should see a year-on-year increase in the number of visitors coming to the city during the coming Labour Day holiday period, with hotels posting high occupancy rates, says the head of the local tourism bureau. According to checks by GGRAsia, some of the hotels in the city’s casino properties are fully booked from April 29 to May 1.

Mainland Chinese citizens are likely to be able to enjoy at minimum three consecutive days of recreation during the Labour Day holiday, i.e., during the period Sunday, April 29, to Tuesday, May 1, inclusive, which is prescribed as an official festive period by China’s State Council.

Maria Helena de Senna Fernandes, director of the city’s tourism bureau, mentioned to local media on Thursday an estimate of a “3 percent to 5 percent” year-on-year increase in the number of visitors coming to Macau during the Labour Day period.

Macau recorded a total of 375,000 visitor arrivals during the Labour Day holiday period in 2017, show official data from the local police.

Ms Senna Fernandes added that she expected the average hotel occupancy rate to stand at around 85 percent during the holiday period.

Contacted by GGRAsia, Kenny Cheung Kin Chung, vice president of the Macau Hoteliers and Innkeepers Association, made a similar forecast. But Andy Wu Keng Kuong, president of the Travel Industry Council of Macau, was more bullish.

“The hotel occupancy rate can even reach 90 percent or above during the Labour Day holiday…especially as room availability at five-star [casino] resorts sold out fast,” Mr Wu told GGRAsia.

As of Thursday afternoon, a total of 16 major hotels in casino properties around Macau were fully booked for at least two of the three nights covered by the Labour Day break, according to data collated by GGRAsia from those hotels’ respective official booking websites.

The Macau Hoteliers and Innkeepers Association’s Mr Cheung said average hotel room rates for the coming Labour Day break were up compared with the same period last year. “An annual increase – but below 10 percent – is possible,” he added.

Macau’s average hotel occupancy rate for the Labour Day break in 2017 reached 94.5 percent, with an average room of MOP1,700 (US$209), according to data compiled the city’s tourism bureau..

“We’ve been seeing mild increases in room rates so far this year, and many hotel operators have come up with better value-for-money accommodation packages for guests,” Mr Cheung said, “I don’t think now in Macau you will see drastic increases in hotel room rates as it happened some years ago.”

A Macau court was offered evidence on Monday, including of recordings from police-wiretapped telephone conversation, that the prosecution says proves the direct involvement of Levo Chan Weng Lin... END_OF_DOCUMENT_TOKEN_TO_BE_REPLACED