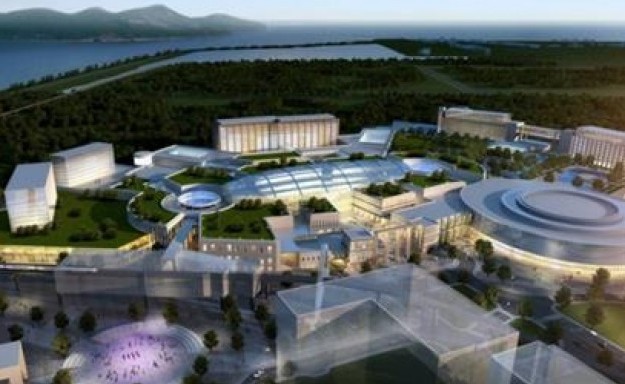 With the report Morgan Stanley initiated coverage of South Korean casino operators, including Paradise Co Ltd and Grand Korea Leisure Co Ltd (GKL) – operators of foreigners-only casinos; and Kangwon Land Inc, operator of the only casino resort in South Korea where the country’s nationals are allowed to gamble.

The investment bank said new casino supply – with the country’s first large-scale integrated resort expected to open in 2017 in Incheon, near the capital Seoul – “does not bode well for Korea’s foreigner-only casinos,” especially as it expects the number of Chinese VIPs to South Korean casinos to decline further.

It added: “We estimate another 32 percent decline in the first half of 2016 and flat numbers in the second half of 2016. In 2017, we expect the number of Chinese VIPs and their revenue contribution for Paradise and GKL to stay relatively flat year-on-year.”

Kangwon Land is the top pick in Morgan Stanley’s South Korean gaming coverage. Kangwon Land “is the only casino in Korea that allows local visitors and also offers steady fundamental growth amid a lack of defensive investment vehicles in Korea,” it said.

Kangwon Land was one of the only two major listed casino operators in Asia to record annual share price increases for 2015, show data compiled by GGRAsia from investment research firm Morningstar Inc. Its shares – listed on the Korea Exchange – ended calendar year 2015 valued at KRW38,400.00 (US$31.77) apiece. That was an increase of 26 percent compared to their closing price at the end of 2014.

Morgan Stanley initiated its coverage on Paradise and GKL at “underweight”, and on Kangwon Land at “overweight”.

The investment bank’s latest report suggests that the new casino resort opening in 2017 in Incheon “will take share from existing foreigner-only casinos, rather than grow the market”.

Paradise has linked with Japanese pachinko operator Sega Sammy Holdings Inc, breaking ground in November 2014 on an Incheon scheme referred to as Paradise City (pictured in a rendering). The project, with a total area of 330,000 square metres (3.55 million sq feet), is presented in its official website as having a price ticket of KRW1.3 trillion and featuring 160 casino live table games, 388 electronic table games and 350 slot machines.

“The falling Chinese VIP trend does not bode well for Paradise City… Paradise City is spending at least KRW1.0 trillion to build the integrated resort complex and start operations in mid-2017, having committed investing in the project roughly four years ago when Chinese VIP visitor numbers were rapidly growing,” said the Morgan Stanley analysts.

“We also assume Paradise City will dilute the existing business by only meeting half the company’s performance guidance,” they added.

The investment bank estimated South Korean gaming industry’s earnings before interest, taxation, depreciation, and amortisation (EBITDA) margin to “decline from 20 percent in 2015 to 17 percent in 2018 with high fixed costs associated with existing business as well as new casino openings”.

Some companies that had initially shown interest in getting a casino licence announced they would not bid for the development of an integrated resort in South Korea, including GKL and Hong Kong-listed NagaCorp Ltd.

“The current schedule indicates the MCST has to announce its licensing decision by February 27, 2016. We believe there is a possibility the government could delay the integrated resort licensing process, given the limited number of bids,” said Morgan Stanley.