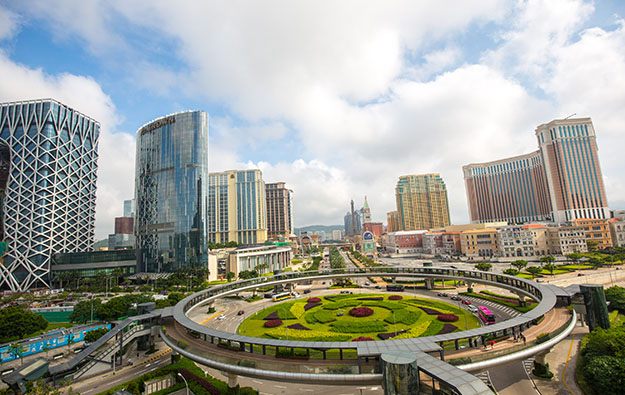 It now expects 2020 GGR to expand by 2 percent, compared to its previous estimate of 3 percent.

“GGR growth could remain negative in the first half of 2020 unless VIP recovers,” wrote analysts Praveen Choudhary, Gareth Leung and Thomas Allen in a 40-page Friday memo.

The outlook for Macau’s VIP gambling segment remains clouded for the remainder of the fourth quarter, said Kwok Chi Chung, president of the Macau Association of Gaming and Entertainment Promoters, in recent comments to GGRAsia.

Morgan Stanley estimated in its Friday report that November and December GGR would be “-9 percent” respectively year-on-year, linked to factors including “weaker VIP” and “high base last year” for GGR.

Morgan Stanley’s 2019 VIP GGR performance has been revised downward – to -20 percent from a previously-estimated -18 percent. The group also highlighted that it had lowered its estimate for 2020 Macau VIP GGR to -13 percent, compared to its previous estimate of -2 percent.

“Our leading indicators (especially liquidity) like M1 minus GDP, TSF etc appear to have bottomed but we think regulatory pressure on money movement and slower China property recovery are the reasons for continued weakness in VIP,” Morgan Stanley’s team stated. They were referring respectively to a measure of China’s basic money supply minus real gross domestic product; and to total social financing in that country.

Morgan Stanley anticipates Macau’s mass revenue growth will decelerate from 14 percent in the third quarter of this year to 11 percent in the fourth quarter. The forecast on the fourth-quarter mass growth, is up compared to the earlier-estimated +6 percent.

The banking group also revised upward its estimate on mass gaming revenue in 2020 from an earlier 7 percent growth to 11 percent.

“We expect new infrastructure (new train station at Hengqin close to the Lotus Bridge and Light Rapid Transit [rail system] in Cotai) will help drive mass revenue growth in 2020-21,” the banking group’s analysts noted in the Friday report. But they highlighted that a decline in performance for the city’s overnight visitor segment – and limited increase in hotel room supply in the coming year – could lead to potential downside to the sustainability of growth in Macau’s mass-market gambling segment.

Morgan Stanley said that market-wide, hold-adjusted property earnings before interest, taxation, depreciation and amortisation (EBITDA) in the third quarter this year grew by 1 percent year-on-year, even when mass gaming revenue expanded by 14 percent. This suggested VIP gaming “remains important” and the “cost structure remains elevated”; in circumstances where no new casinos were being added the city’s market this year, the banking group noted.

“For future performance, we focus on 2020 EBITDA estimates, which have been down 5 percent since January 2019: we do not expect them to go up unless the VIP trend improves,” Morgan Stanley’s analysts wrote. The banking group’s estimated EBITDA growth year-on-year for 2020 has shifted from 11 percent as issued in January 2019, to 6 percent as issued in November 2019.

A Macau court was offered evidence on Monday, including of recordings from police-wiretapped telephone conversation, that the prosecution says proves the direct involvement of Levo Chan Weng Lin... END_OF_DOCUMENT_TOKEN_TO_BE_REPLACED