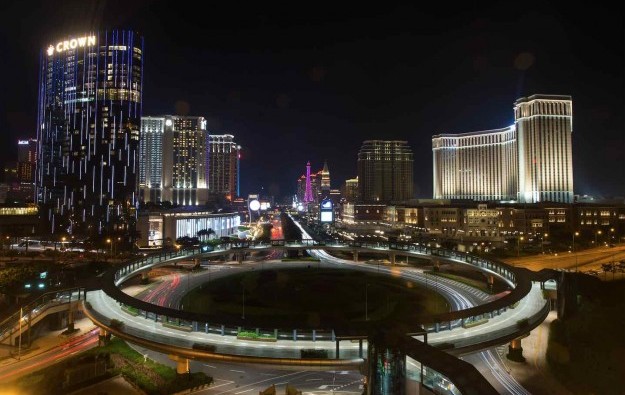 Banking group Morgan Stanley says it has raised its year-on-year growth estimates for 2017 Macau casino gross gaming revenue (GGR) to 15 percent, driven by both higher VIP and mass-market growth. The institution had previously estimated a 12-percent increase in casino GGR for full-year 2017.

Morgan Stanley said it expects VIP revenue to grow 16 percent this year, while revenue from the mass-market segment is likely to increase 14 percent, according to a research note released on Thursday.

The Morgan Stanley team said it was also revising its estimates for the Macau gaming industry’s earnings before interest, taxation, depreciation and amortisation (EBITDA). “We lift our industry EBITDA estimates by 3 percent, 3 percent and 4 percent in 2017, 2018 and 2019, respectively,” it stated.

The analysts noted: “Gaming revenue growth has beaten market expectations since July 2016 amid China macro[economic] recovery, resulting in Macau [casino stocks] outperforming the Hang Seng Index by 6 percent in the first half of 2017 and 26 percent in the second half of 2016, and we see positive earnings revisions continuing.”

In Thursday’s report, the institution said it remained “constructive for the medium to long term, driven by infrastructure improvement and low penetration in China.”

Infrastructure improvement in Macau begun with the opening of the Taipa Maritime Terminal on June 1, said the note.

The investment bank nonetheless saw risk associated with likely slowing of GGR and EBITDA growth in the second half of this year, “due to regulatory tightening and a slowdown in China macro indicators”.

The Morgan Stanley analysts said they were concerned about three announced regulatory measures to be implemented in the next six months, “as they may reduce access to cash by gamblers, resulting in slower mass revenue growth”.

As of July 4, Macau suspended cash withdrawals for holders of mainland China-issued China UnionPay Co Ltd bank cards at those automated teller machines (ATMs) that do not yet have so-called “know your customer” (KYC) technology. Citing a survey conducted in June 2016 by one of its research units, Morgan Stanley said that “up to about 30 percent of gambling budgets for grind mass customers came from UnionPay debit cards”.

Other regulatory measures include: a Chinese central government policy that will require collection of information about overseas transactions exceeding RMB1,000 (US$147) that involve mainland-China issued bank cards, starting from September 1; and the introduction of a currency declaration requirement for all travellers to and from Macau, to become effective on November 1.

Macau’s casino gross gaming revenue (GGR) for the first five days of February is estimated at MOP1.9 billion (US$235.1 million) – or MOP380 million per day – a level that suggests a “45... END_OF_DOCUMENT_TOKEN_TO_BE_REPLACED