Most luxury Macau hotels at casinos still rooms for CNY 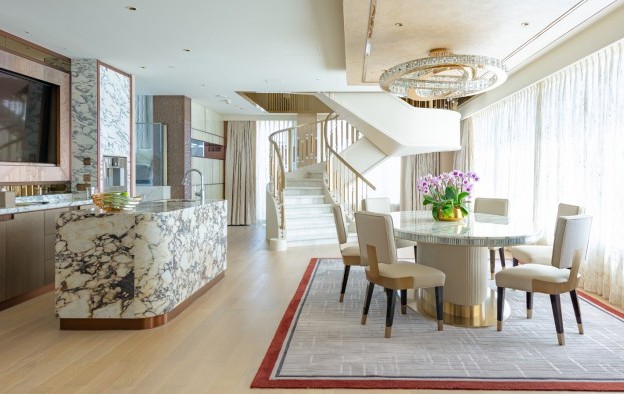 Most of Macau’s luxury hotels in casino resorts were, as of Thursday, still available for booking for all of the nights of the upcoming, week-long, Chinese New Year (CNY) holiday period, according to checks conducted by GGRAsia.

The average nightly rates of most of those hotel rooms were also lower than for Chinese New Year in 2020. China’s State Council has designated the upcoming holiday period as running inclusively from February 11, a Thursday – the eve of Chinese New Year – to February 17, a Wednesday.

GGRAsia’s occupancy survey drew on information collated from the official booking websites of the relevant casino-resort hotels. As of Thursday, 21 out of 22 local five-star hotels – most of them establishments at Cotai casino resorts – were still available for bookings for all of the nights of the upcoming festive period.

Banyan Tree Macau, a five-star hotel that is part of the Galaxy Macau casino resort complex in Cotai, is the only hotel of its tier that was already full for all of the days throughout the upcoming Chinese New Year break, according to booking information on the hotel’s respective official website, and GGRAsia’s phone enquiry at the hotel’s reception desk.

Others surveyed were: Morpheus and Grand Hyatt at City of Dreams Macau, a resort promoted by Melco Resorts and Entertainment Ltd, as well as the firm’s Altira Macau casino hotel in Taipa.

Additionally assessed were: Galaxy Hotel, JW Marriott Hotel Macau, The Ritz-Carlton, Macau, and Hotel Okura Macau, all at the Galaxy Macau casino resort in Cotai; and Broadway Macau next door, all promoted by Galaxy Entertainment Group Ltd. Galaxy Entertainment’s StarWorld Hotel, in downtown Macau, was also among the cohort.

The newly-launched Londoner Hotel – which has been available for stays from January 22 onwards – also has rooms available for booking for the Chinese New Year break, as of GGRAsia’s Thursday check via the hotel’s respective official booking engine. The hotel is classified as a four-star property, according to information from the Macao Government Tourism Office (MGTO).

Several of the Cotai casino resort properties offer hotel-stay packages for Chinese new Year period that are inclusive of credit for food, or other hotel services, according to the booking information on the properties’ official websites.

At the Chinese New Year 2020 holiday – which ran from January 24 to 30 then – the average room rate of Macau five-star hotels was MOP2,356 (US$295), according to Macao Government Tourism Office data.

For the upcoming festive period, the average nightly rates of most of the five-star hotels that GGRAsia surveyed, as of Thursday, were lower than the Chinese New Year 2020 average rate recorded by the tourism office.

The year 2024 is still the targeted start date for operation of a five-star hotel and casino complex at the Westside City Project (pictured in an artist’s rendering) in Manila, the Philippine... END_OF_DOCUMENT_TOKEN_TO_BE_REPLACED