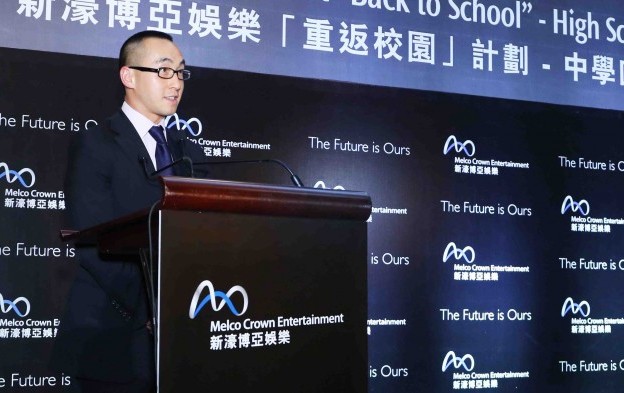 Melco International said on December 15 it had signed an agreement to purchase an additional 13.4-percent stake in Melco Crown – a company which uses the stock ticker name MPEL – from Australia-based casino operator Crown Resorts Ltd. Upon completion, Melco International will own a 51.3-percent stake in Melco Crown, while Crown Resorts’ shareholding in the latter company will be reduced to 14.0 percent.

Crown Resorts has meanwhile announced that it would further reduce its stake in Melco Crown.

“With Melco [International] and Lawrence taking majority shares now, we are all thrilled and looking forward to a new corporate entity unveiling this new chapter of the company and reflecting the new energy as well,” said Melco Crown’s senior vice president of corporate communications and public relations, Maggie Ma, in an emailed reply to GGRAsia. Ms Ma said it was still too soon to disclose any further details.

According to a filing by Nasdaq-listed Melco Crown to the U.S. Securities and Exchange Commission, Crown Resorts would be entitled to ask for payment if the Melco International-controlled entity wants to keep on using the Crown name at relevant gaming properties, but only after a transition period. One of the hotels at Melco Crown’s City of Dreams in Macau currently carries the name Crown Towers, while one of the hotels at the Melco Crown-managed City of Dreams Manila resort in the Philippines uses the name Crown Towers Manila.

According to the filing, Crown Resorts and its subsidiaries have the right to terminate any licence granted under intellectual property agreements – including a trademark licence – if the direct and indirect shareholding of Crown Resorts in Melco Crown falls below 25 percent.

The amended shareholders’ deed states that in case of termination of the intellectual property (IP) agreement, Crown Resorts or its affiliate shall grant Melco Crown “a non-exclusive, non-transferable and royalty free licence to continue to use the Crown name and enjoy the other intellectual property rights granted under the relevant Crown IP agreement … for a transition period”.

“The transition period … shall be a period of one year following Crown or its affiliate giving notice of termination in respect of the use of the Crown name and other intellectual property rights as part of the branding in relation to the City of Dreams Macau and the City of Dreams Manila properties,” reads the amended shareholders’ deed included in the filing.

Most of Macau’s casino operators are likely to generate positive free cash flow in the first quarter, given the robust recovery level of mass-market gross gaming revenue (GGR) in January, relative... END_OF_DOCUMENT_TOKEN_TO_BE_REPLACED