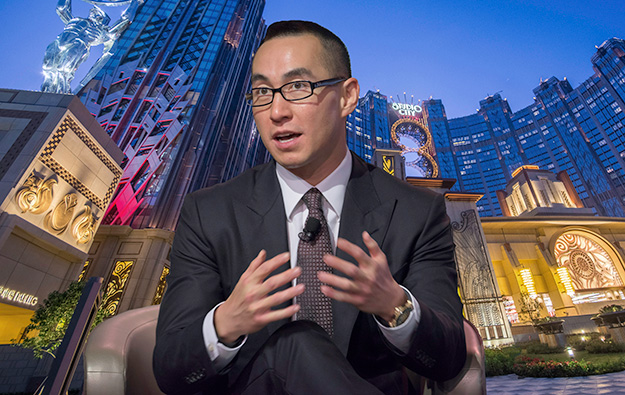 “These changes are part of the process to make Melco Crown stronger and more efficient, and to better position the company to fully exploit future growth opportunities,” the firm’s chairman and chief executive, Lawrence Ho Yau Lung (pictured in a file photo), said in a statement included in Friday’s release.

Two months later, Melco Crown’s then chief operating officer, Ted Chan Ying Tat, resigned “for personal reasons”. He had been appointed Melco Crown’s COO in February 2012. He was responsible for overseeing all business units of the group.

Melco Crown said on Friday that the new leadership structure was designed “to be more efficient, to enable faster decision-making and provide clear accountabilities” [sic].

Melco Crown also announced on Friday the appointment of Frederic Winckler – a former executive for luxury fashion house Louis Vuitton – to the newly created role chief marketing and brand officer. Mr Ho had previously said that Melco Crown was not very satisfied with the ramp up of Studio City and its own marketing efforts.

In addition, Jarlath Lynch was named senior vice president for hotels and food and beverage, also a newly-created role.

“This position was created to emphasise the growing importance of Melco Crown’s non-gaming propositions and Melco Crown’s pursuit of excellence in both its hotel and food and beverage offering,” the firm said.

Mr Lynch was already a part of the Melco Crown team, having previously served as senior vice president for hotels and food and beverage at the firm’s City of Dreams Manila property, in the Philippines.

Melco International – led by Mr Ho – said on December 15 it had signed an agreement to purchase an additional 13.4-percent stake in Melco Crown from Australia-based casino operator Crown Resorts Ltd. Upon completion, Melco International will own a 51.3-percent stake in Melco Crown, while Crown Resorts’ shareholding in the latter company will be reduced to 14.0 percent.

Crown Resorts has meanwhile announced that it would further reduce its stake in Melco Crown.

Macau’s casino gross gaming revenue (GGR) for the first five days of February is estimated at MOP1.9 billion (US$235.1 million) – or MOP380 million per day – a level that suggests a “45... END_OF_DOCUMENT_TOKEN_TO_BE_REPLACED