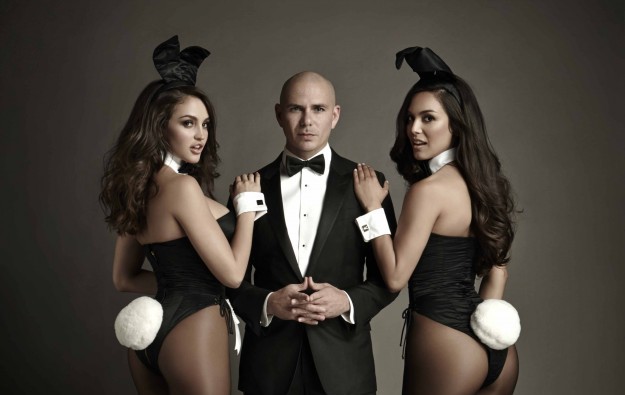 Pitbull’s hit singles and image will be featured in future releases of Bally’s Playboy line, the gaming equipment maker said in a statement. The new themed games are expected to be introduced in 2015.

The artist, who is also a Playboy brand ambassador, kicked off the partnership with Bally Technologies on Wednesday, appearing during an exclusive launch party in Las Vegas. Playboy announced its own strategic partnership with Pitbull in March this year.

Bally Technologies and Playboy have maintained a nearly 15-year relationship, resulting in numerous products, including the newest ‘Playboy Club’ title, unveiled this week at the Global Gaming Expo (G2E) 2014 in Las Vegas.

“We are ecstatic to venture into this new chapter of our storied history with Playboy,” vice president of product management and licensing Jean Venneman said in the statement.

“Pitbull is an international superstar with true global appeal, and we are excited to enhance our Playboy-branded machines and entertaining table games with his high-energy hits and distinct image.”

An article in Macau’s draft new gaming law, to create a mechanism to dissolve an existing gaming concession in the event it was not granted a new licence after the current six concessions... END_OF_DOCUMENT_TOKEN_TO_BE_REPLACED