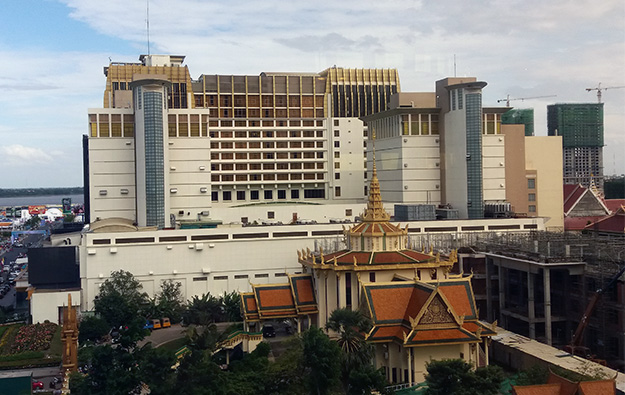 A total of nearly 67 percent of issued shares in casino operator NagaCorp Ltd, that were being held either directly or indirectly by the firm’s founder Chen Lip Keong, have been transferred to a family trust he established “for the purposes of succession planning”.

That is according to a Friday filing by the company to the Hong Kong Stock Exchange. NagaCorp runs the NagaWorld casino complex (pictured) in the Cambodian capital Phnom Penh, under a long-duration monopoly licence.

Immediately prior to the share-transfer exercise – which took place from July 19 to 20 – the trustee of the Sakai Trust had indirectly held 2.55 percent of the issued share capital of NagaCorp.

After the exercise, the trust holds – either directly or indirectly – 69.23 percent of the issued shares of NagaCorp.

In April, NagaCorp said it had appointed three additional people designated simultaneously in a chief executive role. The three are sons of the founder Mr Chen, who was redesignated as “senior chief executive” with effect from April 5.

The imminent return of package tours from mainland China will not only help boost Macau’s tourism businesses, but is also expected to help casinos gain more foot traffic in their mass gaming... END_OF_DOCUMENT_TOKEN_TO_BE_REPLACED