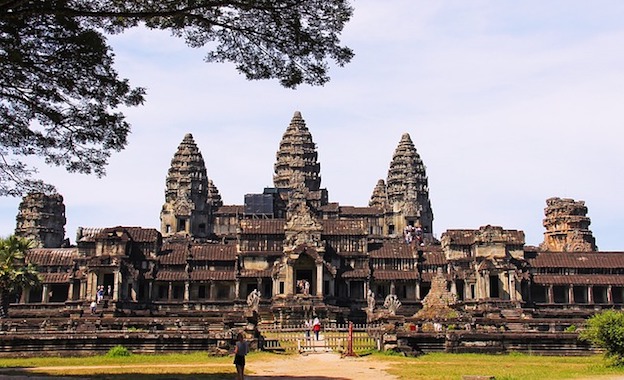 Casino investor NagaCorp Ltd says the group has been granted a 50-year lease on a plot of land “about 500 metres [0.31 miles] south of” the restricted zone of Angkor Wat (pictured), in Siem Reap, Cambodia. The company plans to develop a non-gaming integrated resort (IR), with the first phase expected to open in 2025 at a cost of US$350 million, according to a Sunday filing.

The first phase would feature two hotels, one with 500 rooms for the mass market and the other with 200 rooms with MICE facilities. It will also offer a water theme park; shops; food streets; and an indoor interactive hi-tech theme park.

The land has a total area of 75 hectares (187.5 acres), with a seven-year, rent-free period, subject to a further mutually-agreed extension of another three years. Once the rent-free period expires, the company will pay an initial lease rental of US$0.60 per square metre every year with an increase of 5 percent every five years.

The Hong Kong-listed firm runs the NagaWorld casino complex in Cambodia’s capital, Phnom Penh. It has an exclusive licence to operate casinos in Phnom Penh and its surroundings.

NagaCorp is currently expanding its property in Phnom Penh, with new hotels and gaming space, at a total cost of around US$3.5 billion. The firm is also investing in a casino resort in the Primorksy Krai region, near the Pacific port city of Vladivostok in the far east of Russia.

In Sunday’s filing, NagaCorp said it plans to implement “travel strategies” to connect Siem Reap and Phnom Penh by air, river, and road “to promote the concept of NagaWorld and Angkor Wat as the twin tourism icons of Cambodia”. That includes a proposal to use water planes to create air routes between Tonle Sap Lake in Siem Reap and Mekong River near the NagaWorld property, it said.

A Cambodian government official recently reiterated that casino developments were not permitted in the “area” of Angkor Wat, in Siem Reap. The chairman of NagaCorp told GGRAsia in September that any venture by the firm into the Siem Reap resort market would respect Cambodian government policy on gaming concerning that part of the country.

Macau’s casino gross gaming revenue (GGR) for the first five days of February is estimated at MOP1.9 billion (US$235.1 million) – or MOP380 million per day – a level that suggests a “45... END_OF_DOCUMENT_TOKEN_TO_BE_REPLACED