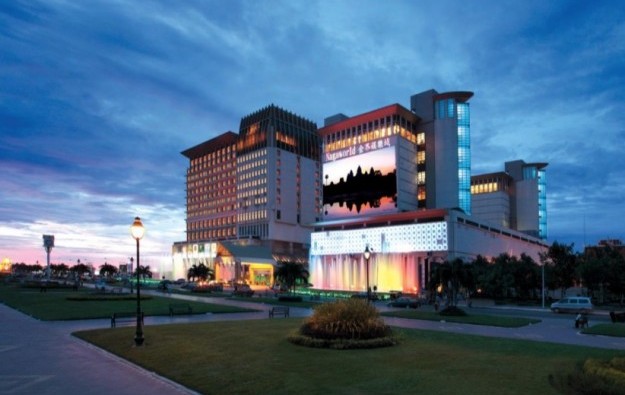 In a Tuesday voluntary filing to the Hong Kong Stock Exchange, NagaCorp stated – based on preliminary unaudited figures – that VIP rolling for the period between January and September stood at US$6.60 billion, an increase of 11 percent in year-on-year terms.

Mass-market table buy-ins for the period stood at US$456.5 million, up by 13 percent, NagaCorp said.

The firm also reported strong performance in the electronic gaming machine segment. The bills-in tally during the January to September period was US$1.14 billion, an increase of 15 percent.

NagaCorp currently runs a single flagship property – NagaWorld (pictured) – in Cambodia’s capital Phnom Penh; and is in the early stages of building another in the Primorye Integrated Entertainment Zone near the Pacific port of Vladivostok, in the Russian Far East.

The firm is also working on a hotel and gaming space extension to NagaWorld, named Naga2 and likely to be ready in mid-2017. NagaCity Walk, a shopping complex that had a soft opening in mid-August, will connect Naga2 to NagaWorld.

Naga2 will include more than 1,000 new hotel rooms and luxury suites, up to 300 gaming tables and 500 electronic gaming machines, according to filings made by the company.

NagaCorp announced last week that it would not, after all, proceed to the final bid stage for a single casino licence in the Republic of Cyprus. “After careful review and given all the latest information available to us… the company will not be participating in the RFP [request for proposal] and the decision made is in the best interest of our shareholders and the company,” noted NagaCorp at the time.

Paradise Co Ltd, an operator of foreigner-only casinos in South Korea, reported casino revenue of nearly KRW48.65 billion (US$39.8 million) for January 2023, according to a Thursday filing to the... END_OF_DOCUMENT_TOKEN_TO_BE_REPLACED