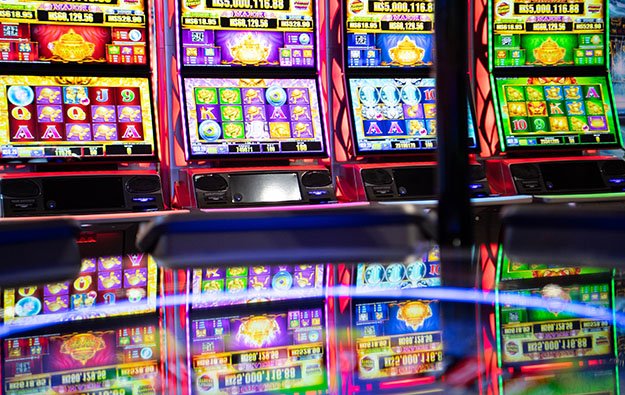 Hong Kong-listed casino operator and developer NagaCorp Ltd has reported net profit of about US$245.1 million for the first six months of the year, a 36.1-percent increase over the corresponding period last year.

In a statement to the Hong Kong Stock Exchange released after the markets closed on Tuesday evening, NagaCorp said its improved profitability was driven primarily by gross gaming revenue (GGR) that grew by 22.2 percent compared to the first half last year to US$872.4 million.

Casino operations in the Cambodian capital of Phnom Penh delivered more than 97 percent of the company’s US$891.6 million revenue in the first half, with its hotel and entertainment division contributing the remainder.

The company identified political stability in Cambodia, an improving operating environment, business growth at Naga 2, tourism and the expansion of its VIP gaming business among the reasons for its half-year results.

NagaCorp had reported a net profit for full calendar year 2018 of US$390.6 million. Then, growth was fuelled by a 54.9-percent jump in overall GGR to nearly US$1.43 billion for the 12 months to December 31, led by improvements in the VIP segment.

In the first half of this year, NagaCorp said its VIP segment contributed about 73 percent of revenue, US$649.9 million. One-quarter of the company’s revenue came from the mass-market segment, some US$222.5 million.

Compared to the corresponding period last year, the revenue from the mass-market segment contributed about 3 percentage points more towards total revenue and had a higher profit margin, further adding to NagaCorp’s profitability.

On its VIP business, the statement said “a few large Macau-based junket operators have set up fixed based operations and officially commenced bringing in VIP players to NagaWorld” this year.

A third operator, Suncity Group, moved its operation in Naga 2 to a bigger space that accommodates more tables.

NagaCorp said increased tourism to Cambodia, including a 40-percent increase in arrivals from mainland China in the first five months of this year, had contributed to its business growth.

China provides the bulk of the kingdom’s tourist arrivals and mainland gamblers are widely viewed as the Asia-Pacific region’s most lucrative clients. NagaCorp said there were 1.1 million arrivals from the mainland up to the end of May.

The statement offered no new details on the proposed Naga 3 expansion, which GGRAsia reported on earlier this month. Naga 3, to be a mix of gaming and non-gaming, is expected to comprise of two 66-storey hotels, two 45-storey hotels, one 48-storey condominium hotel, one three-level basement and an 11-level multi-entertainment podium.

The new addition to the NagaWorld Complex, Naga 3 will have a total cost of around US$3.52 billion and see casino specialist Steelman Partners LLP handle the design.

NagaCorp also stated that the planned refurbishment of 500 hotel rooms out of a total of 750 at Naga 1 had caused “minimal disruption” to the company’s operations during the first half of 2019. “The group believes that the completion of the Naga 1 upgrade project is expected to contribute positively towards the group’s business volume growth,” it stated.

The most recent results briefly mentioned NagaCorp’s investment in a casino resort in the Primorksy Krai region, near the eastern Russian city of Vladivostok. The first phase of the project includes a hotel, casino and a conference hall, and was said to be “broadly on schedule for completion in 2019.”

“The group believes that its strategy to diversify its business geographically and expand into new casino markets will drive revenue growth in the long term,” NagaCorp stated.

In Tuesday’s statement, the board declared an interim dividend of US$0.0339 a share to be paid to shareholders in the register at the close of business on August 8. The dividend will be paid on August 20.

Gaming revenue at Paradise Co Ltd, an operator in South Korea of foreigner-only casinos, rose by 312.9 percent year-on-year, to KRW39.17 billion (US$27.6 million). But such revenue was down 22.4... END_OF_DOCUMENT_TOKEN_TO_BE_REPLACED