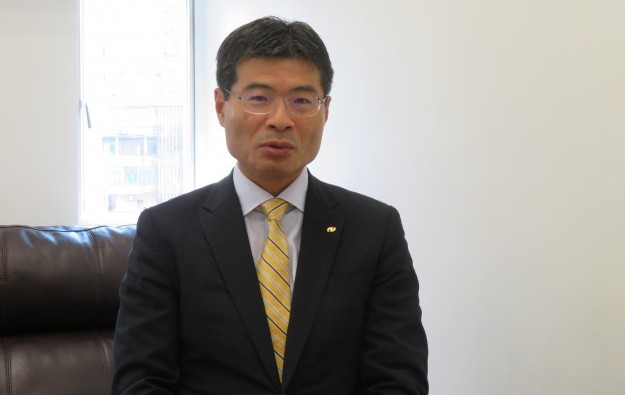 A senior official of Japan’s Nagasaki prefecture has emphasised to GGRAsia that the key governments in the Kyushu region are fully behind Sasebo city as the local candidate location for an integrated resort or “IR”, as large-scale casino and leisure complexes are known in that country. Sasebo is part of Nagasaki prefecture.

Ken Hirata (pictured), vice governor of Nagasaki prefecture, was referring to the “All-Kyushu” initiative. It is said to consolidate regional support for an IR to be based on land earmarked in April at Huis Ten Bosch; a theme park in Sasebo that features Netherlands-style architecture.

Media reports recently indicated a number of authorities in Kyushu – including Kitakyushu city in Fukuoka prefecture - had seen interest from international casino operators about Kyushu sites other than Huis Ten Bosch. Japan’s government has said that only so-called ordinance-level governments – prefectures and certain large cities – will be permitted to apply to the central authorities for the right to host an IR. Kitakyushu is one of those designated places.

Mr Hirata noted to us: “There are local companies that try to find their own way to bring in [prospective] IR operators and negotiate with their own city government… but at this moment, on the government level, Fukuoka prefecture has already agreed to support a Nagasaki IR. It is already settled that Nagasaki is the representative of the Kyushu region.”

Nagasaki launched at the start of October a request-for-concept (RFC) exercise inviting submissions from private-sector firms interested in partnering with the local authorities to develop an IR on a 31-hectare (77-acre) site at Huis Ten Bosch.

He expressed confidence in the competitive appeal of Nagasaki prefecture, which is at the southern end of Kyushu island and closer to potential consumer feeder markets for IR business – such as the Chinese mainland – than many other large Japanese cities.

“An advantage that Nagasaki… has, is its proximity to mainland China and eastern Asia,” the vice governor stated. “That means the travel cost for convention visitors is much cheaper than Osaka, or Tokyo. It is easy to bring products over to Nagasaki because we have [in the Kyushu region] good airports and ports that provide easy transport access,” Mr Hirata added.

“Nagasaki has the potential and capabilities to receive any kind of tourist,” Mr Hirata further observed, noting international operators would have their own ideas regarding target consumers.

Regarding enhancement of infrastructure to help serve a Sasebo IR, the Nagasaki vice governor noted to us: “Fundamentally speaking, we’re very happy to hear and discuss [with a potential IR operator] private transportation, such as a monorail.”

“One of the reasons for launching the RFC is to discuss what is the best way to do it, and we will try to find ways to help each other,” the vice governor added.

He noted that local-government help regarding private-sector transport improvements would be in the form of advice rather than financial support.

There were nonetheless several existing public infrastructure projects that the local authorities have pledged to work to optimise, which could boost the consumer appeal of a Sasebo-based IR, suggested Mr Hirata.

They included: expansion in the number of international flights at Nagasaki Airport; making the air hub a 24-hour-per-day operation; and lobbying to ensure a coming extension to Japan’s high-speed rail network had optimised links to Huis Ten Bosch.

The rail initiative, “Kyushu Shinkansen West Kyushu route”, is mentioned in the Nagasaki IR Basic Concept Plan, a set of preliminary guidelines for investors, issued by a body called Nagasaki Prefecture and Sasebo City Joint Council for the Promotion of IR.

The Kyushu Shinkansen West Kyushu route is scheduled to operate from 2022, according to the guidelines. Nagasaki is likely to lobby to ensure there will be frequent services – on a further planned section of that line – between the proposed IR site at Huis Ten Bosch, and Shin-Tosu station, a hub of the Shinkansen network located in Saga prefecture.

Nagasaki prefecture also has a plan to enable operation of a maritime ferry service between Nagasaki Airport and Huis Ten Bosch. This would reduce transfer times between the places to “half an hour”, Mr Hirata noted to us. Currently, arriving air passengers have to spend an hour or more to travel from Fukuoka Airport or Nagasaki Airport to the Huis Ten Bosch area by standard railway link or by bus.

An aspiration for a Sasebo-based IR is that it should help transform the greater Kyushu region into an international tourism hub with a focus on nearby coastal “attractions”. Mr Hirata highlighted that to realise this potential, a new port was being built at Uragashira, approximately 15 minutes by road from the designated IR site at Huis Ten Bosch.

An IR in Nagasaki prefecture would boost MICE business and create “quality jobs” for the whole Kyushu region, Mr Hirata suggested. He noted however that under Japanese law, it was not possible to reserve jobs solely for locals in a particular area.

“But obviously IR is a big business opportunity to bring employment,” said the vice governor.

“We are not only thinking about Sasebo, or Nagasaki. The job opportunities to be created should influence the whole Kyushu region,” he added.

“Kyushu has good potential in its workers, technology, food and other products. Our position is that the [Sasebo-based] IR project should provide good opportunities to Kyushu as a whole,” said Mr Hirata.