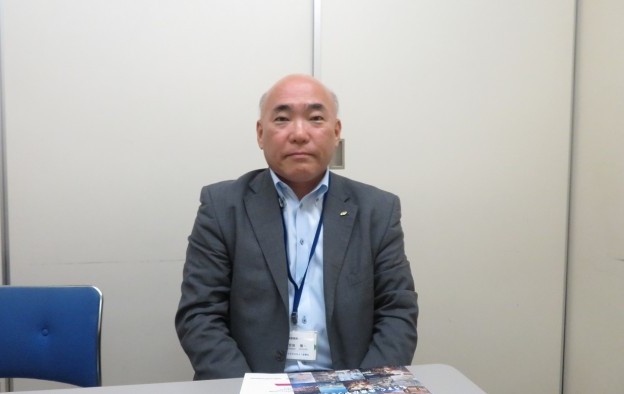 Japan’s Nagasaki prefecture and Sasebo city aspire to launch some time in the autumn a request-for-concept (RFC) phase for commercial partners interested in running a casino resort locally.

So said Nagasaki official Shinichi Yoshida (pictured), in an interview with GGRAsia on the sidelines of Kyushu-Nagasaki IR Business Connect, a seminar on inward casino investment, held in Sasebo city last week.

But that date is only tentative, because many other things need to be in place first. Not the least of them is whether Nagasaki will actually put itself forward to the national government for consideration; and whether the central authorities have by then issued their so-called basic policy on integrated resorts or “IRs” as such projects are known in that country.

In the meantime, Nagasaki is pressing ahead with preparatory work, said Mr Yoshida, policy director-general at the Integrated Resort Promotion Office of Nagasaki Prefectural Government Planning and Development Department.

“The Japan [central] government will show its basic [IR] policy later than this summer. We cannot say exactly the schedule,” for opening a resort in Nagasaki, stated Mr Yoshida.

The hope nonetheless is that Nagasaki might be able to open a resort around 2025 – the same time frame being talked about by Osaka. The latter city has been one of the most bullish in Japan in terms of striving to have a casino. It has already started an RFC phase for would-be investors, despite the uncertainty about what the national government’s basic policy will actually say. That policy is expected to cover – among other things – the criteria for deciding community eligibility to host such a facility.

Nagasaki’s RFC process was tentatively targeted to start “in the autumn” this year”, said Mr Yoshida.

He noted: “Osaka prefecture and Osaka city want to open an IR before the 2025 World Expo. So Osaka, Wakayama and Nagasaki are faster in preparation for an IR than other cities – Hokkaido, Tokyo or Yokohama.”

He added: “Nagasaki prefecture is preparing for [action] not later than Osaka city. So maybe [the IR opening time in Nagasaki] is similar to Osaka’s.”

A maximum of three casino resorts will be permitted in Japan in a first wave of liberalisation. Local authorities interested must first find commercial partners – in likelihood via a consortium – and then make an application to the central authorities.

At the same Sasebo seminar, Hodo Nakamura, governor of Nagasaki, had mentioned that – unlike in some communities around the country – there was general public support for the idea of a casino resort as a form of local stimulus to support inbound tourism and economic growth.

“For residents, it is expected to improve their quality of life, and transport access… companies can create global entertainment [at an IR], and shopping malls, etc. Thus, we think 7.4 million visitors can be attracted to Nagasaki prefecture annually,” after an IR opens, the official told us.

In return, the Nagasaki environs offered inbound tourists natural beauty – and crucially – shorter travel times from neighbouring countries such as China and South Korea compared to Osaka or Tokyo.

There was still some public concern locally regarding the risk of problem gambling stemming from a casino, Mr Yoshida noted.

But he added the national government had the “tools to deal with it”, citing the JPY6,000 (US$55) entry fee for locals and the restrictions on the number of visits that locals would be able to make per month to the casino floor.

Mr Yoshida further noted, alluding to the fact that local authorities are also being asked by the national government to come up with harm mitigation rules relevant to their particular community: “Nagasaki prefecture is also now preparing ways and support measures to reduce people’s dependency on casino.”

He said a direction that the prefectural government would pursue was to conduct with local universities studies on reducing consumer dependency on gaming.

Mr Yoshida also gave some commentary on what he said was the benefit to would-be commercial partners of having local consensus on a casino scheme. One concern voiced by some Japanese lawmakers is a proposal that Japan casino licences – once granted at national level – would need to be renewed every three years via approval by the local government. Some commentators fret the risk of non-renewal could discourage investors from injecting the billions of U.S. dollars likely to be required to build a single Japanese casino complex.

In the Nagasaki Prefecture Assembly and Sasebo City Council, “almost 90 percent” of the members agree on hosting an IR locally, asserted Mr Yoshida.

“So there is no possibility of building opposition at the time of future renewal [of the IR licence]. The IR operator can function with peace of mind,” Mr Yoshida remarked to us.

Regarding the local authorities’ preferred site for an IR – 30 hectares (74 acres) of land within the grounds of the Huis Ten Bosch facility, a Netherlands-themed amusement park in  Sasebo – Mr Yoshida said Sasebo city planned to buy the plot, and “sell it to the potential IR investor,” instead of expecting the investor to lease the land from the Huis Ten Bosch operator. This would guarantee “fairness” for the casino operator, said the Nagasaki official.

“But in future, if the IR operator wants to “extend” its site there, it could “negotiate” with the Huis Ten Bosch operator, stated Mr Yoshida, though he conceded that would in likelihood “take time” to achieve.

The Nagasaki official recounted the decision of a meeting last month made by leaders from the Kyushu region that Nagasaki would be the preferred site for a casino resort locally.

He further clarified to GGRAsia that the Nagasaki prefectural and Sasebo city authorities were minded to be “sole bidder” community-wise regarding hosting a casino resort in Japan’s Kyushu region.

A casino cruise brand reportedly controlled by Malaysian entrepreneur Lim Kok Thay is to launch services from Singapore fewer than five months after the Lim family-founded Dream Cruises brand of the... END_OF_DOCUMENT_TOKEN_TO_BE_REPLACED