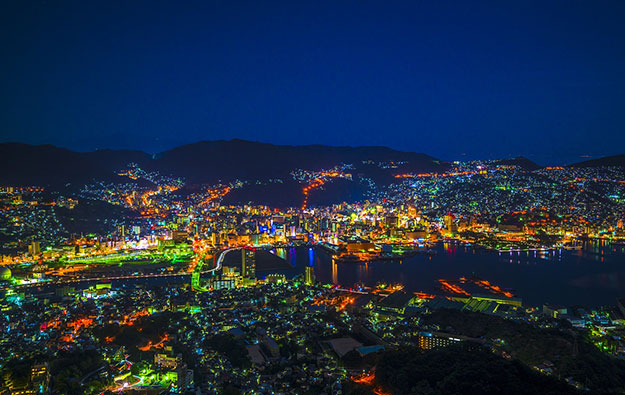 Nagasaki’s request-for-proposal (RFP) process for that Japanese prefecture’s tilt at hosting a casino resort, has been postponed indefinitely, a local official confirmed to GGRAsia on Tuesday.

In a message to GGRAsia, the Nagasaki prefectural government noted it would decide later, an “appropriate time” for launching the RFP process, but said preparation work for an IR scheme would still go on.

A Monday announcement had mentioned the global impact of the Covid-19 pandemic and associated travel restrictions as reasons for halting the RFP. There was no mention of the resignation on Friday as prime minister, of Shinzo Abe, whose government had steered the casino liberalisation policy.

Nagasaki is the latest in a number of local-authority suitors for a casino complex, or integrated resort (IR) as they are known in Japan, to announce a pause in their casino ambitions. Yokohama and Osaka did so even before Mr Abe stepped down.

Nagasaki had previously indicated the RFP process could be launched before summer ended. It now says casino resort operators – the sort of entities that could eventually become a private-sector partner for the prefecture, as per a requirement of Japan’s liberalisation process – had suggested the postponement. Such operators reportedly cited the impact of the Covid-19 pandemic, and travel restrictions that limit their opportunities for on-site visits in Japan.

Land at the Huis Ten Bosch theme park in Sasebo city has been earmarked by Nagasaki as the site for an IR project. Three companies had previously confirmed to GGRAsia their respective intention to participate in Nagasaki’s RFP process. They were: Japan’s Current Corp; a Japan unit of Casinos Austria International Holding GmbH; and Hong Kong-listed Oshidori International Holdings Ltd.

Osaka prefecture and city, confirmed last week a pause for its casino RFP. Subsequently on Friday, the mayor of Osaka and the governor of Osaka prefecture respectively suggested that provided Japan’s Liberal Democratic Party (LDP) stays at the centre of national government, then the resignation of Shinzo Abe on Friday, as the country’s prime minister, should not derail Japan’s introduction of casinos.

Banking group Nomura said in a Friday memo, offering commentary on Mr Abe’s departure, that were Yoshihide Suga, the chief cabinet secretary under Mr Abe – and touted in some quarters as a successor – to take over the top job, the casino policy would in likelihood remain in place.

A number of Japanese news outlets have reported that Mr Suga was expected to put himself forward as Mr Abe’s replacement.

On August 19, the mayor of Yokohama, spoke of an indefinite delay in issuing the local implementation policy on the casino resort initiative, citing the fact the national government had not yet issued its own so-called basic policy on IRs.

A global shortage of computing microchips is currently the biggest challenge for gaming machine manufacturers, says businessman Jay Chun (pictured in a file photo), president of the Macau Gaming... END_OF_DOCUMENT_TOKEN_TO_BE_REPLACED