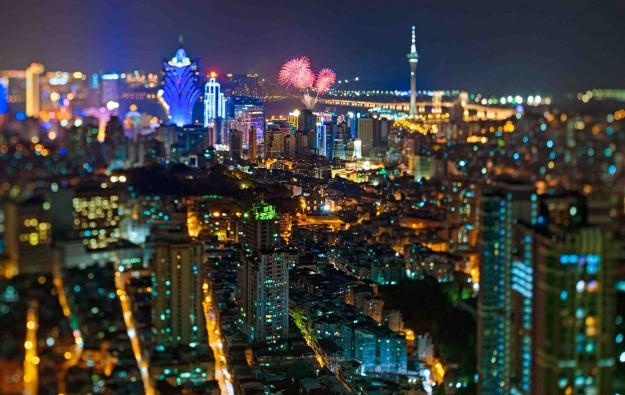 The Macau government might be minded to endorse a new “local” entity as a gaming concessionaire – possibly to provide competition to the existing six operators when their current permissions expire in 2020 and 2022 says a new report looking at commercial and political risk in key Asian markets.

“The [Macau] concessionaires expect easy renewals, but the visibility of U.S. companies such as Las Vegas Sands [Corp] and Wynn Resorts [Ltd], and nationalist feeling in China could tempt the [Macau] government to endorse a local competitor,” says the report ‘2015 Asia Risk Assessment’ published on Tuesday.

In August, Macau’s Chief Executive Fernando Chui Sai On pledged to carry out a public consultation on the casino licence “renewal” process ahead of making any decision.

The years 2015 and 2016 have been mentioned by the city’s government as starting points for discussion, but officials have not said if that will be to grant new concession contracts to the existing operators or renew the current concessions. Current gaming licences can be extended more than once but only to a total limit of five years.

SVA’s chief executive Steve Vickers added in an email to GGRAsia, explaining some of the thinking behind the idea of a new local competitor being allowed in the market: “China has historically sought to learn from foreign investors, develop local capacity and then advance local interests. Moreover, the government of [President] Xi Jinping is taking a nationalist stance towards a range of industrial issues.”

Referring to the opening phase of Macau market liberalisation in 2002, Mr Vickers added: “One reason the Macau authorities sought U.S. company involvement in Macau in 2002 was their expertise in Las Vegas and elsewhere, but now many local companies have their own capacity. As such, it is possible that Beijing or Macau would choose to advance a Chinese champion in the gaming sector, for nationalist reasons.”

He further stated to GGRAsia: “At this point there are no obvious local candidates; however, there are many possibilities. Along these lines it is possible, though they have hit some stiff headwinds recently, that one or more of the major junkets may be allowed to convert their respective franchise into a gaming concession.”

Mr Vickers said, referring to Malaysia-based Genting Bhd, parent of Asian casino operators Genting Malaysia Bhd, Genting Singapore Plc and Genting Hong Kong Ltd: “It is also possible that an ‘Asian’ gaming entity such as Genting would prove more palatable to the PRC than a Western/U.S. based firm. While the list of possible replacement concessionaires is still unclear, what is clear is that the PRC Government has a practice of supporting and promoting domestic champions over foreign (read: Western) interest.”

“While China needed Western gaming entities to take the risks and develop the Macau gaming sector away from the earlier monopoly model; the same will not be true in 2022. Therefore, as in the case of other sectors where foreign investment interests are large; it is prudent to expect a bumpy road ahead for the relevant entities,” he added.

In the run up to Macau’s Legislative Assembly elections of September 2013, some populist candidates suggested Macau should have a “people’s concession” possibly publicly-owned and managed on behalf of Macau residents.

David Green, an Australian lawyer and former gaming regulator in Australia, who has advised the Macau government on gaming regulatory policy since 2000, said at the Global Gaming Expo (G2E) Asia 2014 conference in Macau he foresaw that any additional concessions might require a full tender process.