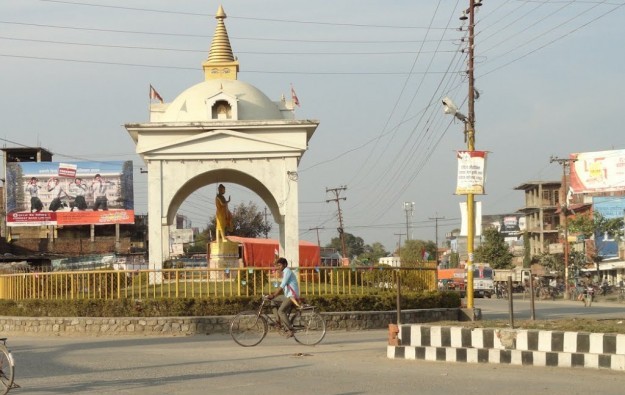 The institution added that the key target market for Nepal’s casinos is middle class Indians – many of whom are already familiar with a number of forms of gambling, and are significantly underserved domestically in terms of casino venues. Union Gaming estimates India today generates as much as US$10 billion per year in gross gaming revenue (GGR). This includes legal and non-legal types of gambling, and casino and non-casino gambling, it added.

“While not on the radar screen of most investors or casino developers, there are some who are betting on Nepal’s proximity to India – along with the economic growth of India and the general lack of casino-style gaming in India – as an attractive investment opportunity that could yield outsized returns for early movers,” said Union Gaming analyst Grant Govertsen, although he noted “2015 data will show a notable decline in visitation [to Nepal] due to the major earthquake in April, which has impaired inbound travel”.

Mr Govertsen nonetheless is upbeat on the Nepal casino industry’s prospects as a border business serving India. “We would highlight that there are more than 300 million persons living in the three Indian states immediately adjacent to Nepal and approximately 400 million when including the state of West Bengal… Granted, like most of India the majority are too poor to be considered target customers, but this still leaves many millions of individuals who are, indeed, potential casino customers,” stated the Union Gaming analyst.

GGRAsia has been told by industry sources that casinos in Nepal are authorised to accept bets in Indian rupees. Information on the website of Nepal’s central bank, the Nepal Rastra Bank, confirms that the Nepali rupee is pegged to the Indian rupee at the rate of NPR1.60 to INR1.00.

Union Gaming noted in its 12-page report on Nepal that the opening of Singapore’s two casino resorts in 2010 coincided with a sharp rise in the number of Indian visitors to that city-state.

The institution added: “Although there is no concrete data on the current size of the gambling market in India, a 2010 KPMG report estimated that approximately US$60 billion was wagered annually – most of which would have occurred illegally. The dollar amount of wagering is, of course, not the same as GGR, as only some smaller fraction of wagers results in gaming revenue. Regardless, and in the context of further wealth generation since 2010, we suspect the ‘GGR’ story in India is likely in excess of US$10 billion today,” wrote Mr Govertsen.

He issued the paper on Nepal’s casino industry and its prospects following a visit to the capital Kathmandu and to a number of what the report calls “feeder markets” in neighbouring India.

“Unlike nearly all other regional Asian gaming markets, which are betting on the growth of inbound Chinese players, Nepal’s gaming industry’s key customer demographic is the second most populous country in the world: India,” wrote Mr Govertsen.

A potential risk of gaming operators and investors relying on Chinese players for their capital returns – at a time of an anti-corruption crackdown in  mainland China – was mentioned on Monday by analysts at brokerage Sanford C. Bernstein Ltd in Hong Kong.

In a bulletin to investors, the brokerage said that some recent initiatives by the Chinese government had the potential to affect the flow of Chinese gamblers to the Philippines and South Korea. The institution said those initiatives included a “crackdown” in China on agents that helped channel mainland Chinese gamblers to foreign casinos. The brokerage added that “tour agencies that help gamblers apply for foreign visas” were also being targeted.

“Like China, India, for the most part, does not have onshore casino gaming, which presents an opportunity for casinos in bordering countries – like Nepal – to capitalise on continued wealth generation,” noted Mr Govertsen of Union Gaming in his report. He added that India “likely has at least a couple of hundred million individuals who are wealthy enough to participate in casino gambling at some level,” while that country has also been seeing an average of 7 percent annual economic growth for the past five years.

Union Gaming noted that while Nepal citizens are not allowed to use casinos within the country’s borders, the country has introduced what the institution calls “operator-friendly” gaming regulations.

“Similar to Cambodia, there is no formal GGR tax, although the price of [market] admission comes via annual fees that are about US$400,000,” it stated, adding that casinos can only be located in five-star hotels.

Hong Kong-based Silver Heritage Ltd said late last year it had been given permission to operate gaming at the Millionaire’s Club and Casino at the Shangri-La Hotel and Resort in Kathmandu.

“Silver Heritage is also embarking on a series of three greenfield developments along the Nepal-India border via its Tiger Palace moniker,” noted Union Gaming.

The long-awaited new outdoor theme park at Resorts World Genting, Malaysia’s only casino resort, is impressive, but likely to be “loss-generating due to heavy depreciation”, says a Thursday... END_OF_DOCUMENT_TOKEN_TO_BE_REPLACED