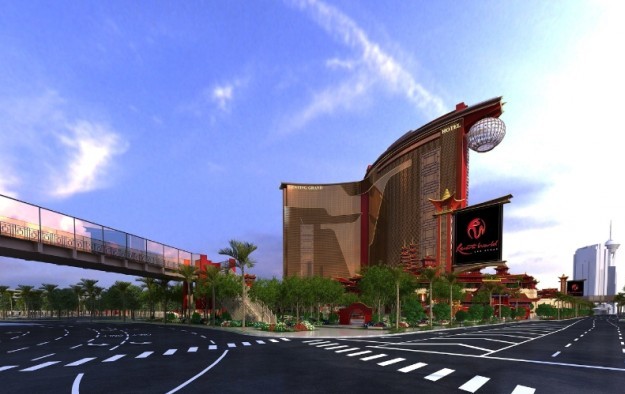 The Republican governor announced on Monday that chief counsel Michon Martin would be leaving his administration later this month.

The report said Governor Sandoval had described Ms Martin as a loyal confidant for more than two years, and that she had been tenacious in pursuing a stronger, more prosperous Nevada.

The US$4-billion gaming resort (pictured in an artist’s rendering), on the site of the abandoned Echelon scheme at the north end of the Las Vegas Strip, had its ground breaking ceremony in May. At that time, a mid-2018 opening was mentioned for the scheme.

But a note on May 29 from investment analyst Samuel Yin Shao Yang of Maybank IB Research in Malaysia, said that the final budget would likely be revised downward.

Tushar Mohata and Alpa Aggarwal, analysts at Japanese brokerage Nomura, stated in a June 1 note that Genting had decided to “rework its plans” because of a likely long-term global weakness in business from Chinese VIP gamblers.