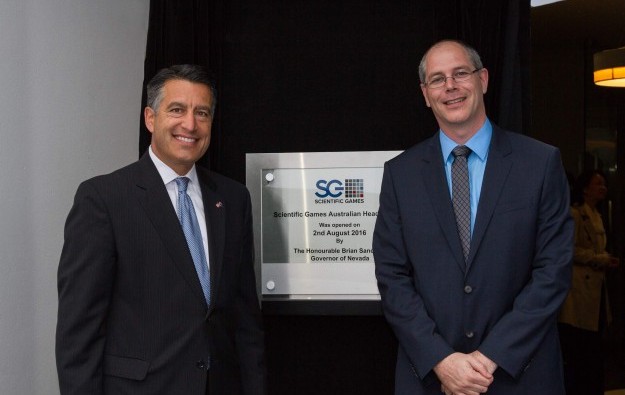 Governor Sandoval has been visiting Australia to talk about Nevada’s efforts to diversify its economy – the state is best known to outsiders for the traditional bricks and mortar casino gambling hubs of Las Vegas and Reno – and to learn more about ties between the Australian gaming industry and that of Nevada.

The statement said the Nevada side was especially interested in advancing scientific knowledge on behaviour linked to online betting.

During the 2015 Nevada legislative session, Mr Sandoval signed into law Assembly Bill 114 which created the framework to legalise fully at state level interactive gaming in Nevada. Such a measure “opens the door to allow Nevada licensees or those who would become licensed in this industry to engage in online gaming,” said Monday’s statement from the governor’s office.

“As our state takes leadership of the emerging interactive gaming industry, it is important that this new segment of gaming be as accountable and regulated as the traditional gaming industry is in Nevada,” noted Mr Sandoval in the statement.

Ross Ferrar, chief executive of Australia’s Gaming Technologies Association (GTA), and who attended Tuesday’s opening of the new Scientific Games headquarters in Sydney, told GGRAsia: “I think governor Sandoval was surprised at how many ties there are between New South Wales and Nevada.”

He added: “It’s worth bearing in mind that it’s now 60 years since the first legislation was passed by the then state government to legalise slot machines in clubs in New South Wales.”

The GTA is to host the Australasian Gaming Expo (AGE) 2016 – a trade exhibition for the gaming and betting industries – from August 9 until August 11 at the Sydney Exhibition Centre at Glebe Island, Sydney, New South Wales.

Singapore has the potential to be a “top choice” for Chinese outbound travellers, once the country reopens and eases travel restrictions associated with the Covid-19 pandemic, suggested... END_OF_DOCUMENT_TOKEN_TO_BE_REPLACED