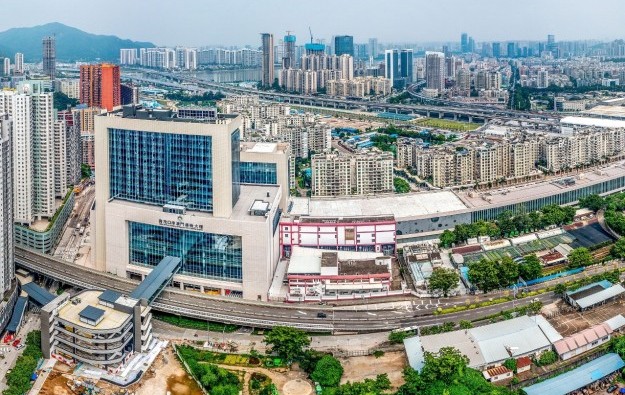 A new 24-hour border checkpoint (pictured), linking the northern district of Macau to the neighbouring city of Zhuhai, in mainland China’s Guangdong province, will open to travellers starting from 3pm on September 8, the Macau government announced on Monday morning.

The city’s government had flagged in 2019 that the new facility could possibly open in 2020.

The fresh crossing, known as Qingmao Checkpoint, is a short distance away from the existing Gongbei border gate on Macau peninsula – the most heavily used land route between the mainland and Macau – and is designed to provide overflow capacity for the latter. The facility will be able to handle up to 200,000 passenger trips daily.

China’s State Council recently signed off on the launch of the new facility, the Monday announcement mentioned. It has 50 automated passenger clearance channels inbound, and another 50 automated channels outbound, in addition to two staffed counters in each direction.

The Zhuhai side of the Qingmao Checkpoint is served by a spur line to the Guangzhou-Zhuhai Intercity Railway, part of China’s high-speed rail network. A passageway connecting the checkpoint to the railway is currently in the final stages of construction.

Macau had approximately 4.72 million visitor arrivals for the first seven months of this year. About 3.45 million arrivals were handled via the Gongbei border gate, according to the latest available data from Macau’s Statistics and Census Service.

Macau mass-market casino gross gaming revenue (GGR) for the recent Chinese New Year (CNY) holidays could have recovered to at least 60 percent of that for the 2019 break, when the festivities were in... END_OF_DOCUMENT_TOKEN_TO_BE_REPLACED