New Manila airport to be south of Entertainment City 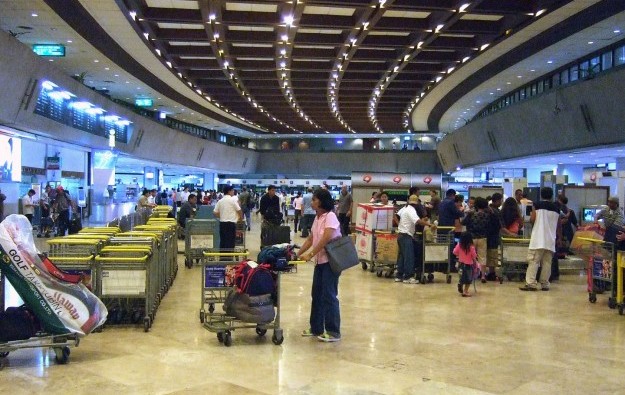 More details have emerged about the likely location of a proposed new airport for the Philippines capital, Manila.

A suggested site is on land close to the Manila-Cavite Expressway on the border between the cities of Parañaque and Las Piñas in Metro Manila, said San Miguel Corp, the country’s biggest conglomerate – and a backer of the plan – in a filing to the Philippine Stock Exchange earlier this month.

As the crow flies, the possible new site is further from Entertainment City – the nascent strip of casino resorts being developed with private money in collaboration with the local regulator, the Philippine Amusement and Gaming Corporation (Pagcor) – than is the current hub, Ninoy Aquino International Airport (see Google map).

But because of the road layout in that part of Manila and the heavy traffic congestion, it can take as much as an hour to get from the existing airport to Entertainment City, where the US$1.2-billion first phase of Bloomberry Resorts Corp’s Solaire Resort & Casino launched in March last year. It’s a similar journey time to get from the existing airport to the US$1.26 billion City of Dreams Manila, part-owned and fully managed by Melco Crown Entertainment Ltd. That resort is expected to open by October this year.

As its name suggests, the Manila-Cavite Expressway (pictured as an orange line running south-north on the left-hand side of the map), a government-owned toll road supervised under the Office of the President – offers a faster south-north route to Entertainment City.

Resorts World Manila – the casino resort joint venture between Genting Hong Kong Ltd and Alliance Global Group, which opened in August 2009 – currently has a competitive advantage over the Entertainment City resorts in terms of transfer time as it is directly opposite Ninoy Aquino International. Transfer time is a matter of minutes, although there is no direct link road, and taxis and transfer limousines must make an approximately one-kilometre detour to get to the property. The property has been credited with helping to double the country’s casino revenues in its four-year existence. Nationally revenues stood at US$2.2 billion last year according to Pagcor.

Ramon Ang, chairman of San Miguel Corp, in August 2010 offered the government of President Benigno Aquino the equivalent of US$10 billion (HK$77.5 billion) to privatise Pagcor. His company is the main proposer of the new airport idea, which has been described as a Public Private Partnership between the government and the private sector.

PPP deals have the advantage of keeping infrastructure spending off a government’s balance sheet, but in the long run usually cost the taxpayer more. That’s because sovereign governments can usually borrow money at lower rates than the private sector.

The Philippines is currently rated BBB by credit agency Standard and Poor’s, according to its latest review, released earlier this month.

The imminent return of package tours from mainland China will not only help boost Macau’s tourism businesses, but is also expected to help casinos gain more foot traffic in their mass gaming... END_OF_DOCUMENT_TOKEN_TO_BE_REPLACED