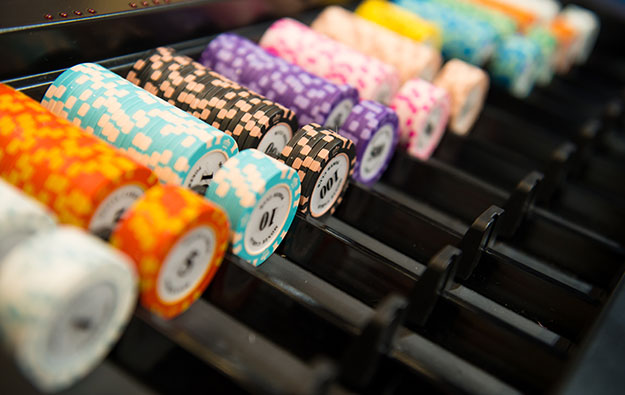 Primorsky Krai Development Corp says it is in advanced discussions with a Russian investor for the development of a gaming project in the Primorye casino development area, near Vladivostok in Russia.

It confirmed the fact to GGRAsia by email. The corporation – a government-owned company overseeing the development of the special investment zone – additionally told GGRAsia it was also suspending three independent auctions it had planned for land in Primorye earmarked for casino development. Thursday (September 28) was the last day for the submission of bids for those auctions.

The confirmed new project in Primorye is to be developed by Russian casino operator Shambhala. That company currently runs a gaming operation in Azov City in the Krasnodar region, one of four special zones in Russia permitted since 2010 to develop casino gaming operations. In July 2009 the Russian government had closed down all the then existing casinos and electronic casino game halls in the country.

Last year, the Russian government announced it would be shutting down the Azov City gaming zone by 2019. The reported aim is to concentrate gaming operations in Sochi.

A Primorsky Krai Development spokesperson told GGRAsia on Wednesday that the design project for the Shambhala scheme already had been accepted. The company now needed to apply officially to lease land to develop its project.

The project is likely to be on one of the plots that was up for action, the spokesperson told GGRAsia. According to official documents, the plot covers 2.95 hectares (7.3 acres). Under the terms of the now-discontinued auction for that plot, investors were required to spend at least US$60 million on a hotel complex with casino.

The Primorsky Krai Development spokesperson added that discussions with Shambhala included the topic of possibly allocating it more land.

The Primorsky Krai Development spokesperson told GGRAsia that a number of investors – including some from Russia, China and South Korea – had shown interest in Primorye. But these investors “were not ready” for a land grant process under an auction format, the spokesperson said.

“That’s why we will stop the… framework of the auction and will continue [direct] negotiations with foreign and local investment companies,” the spokesperson said. “We see the interest.”

The person additionally told GGRAsia that more stringent terms were to be included in the new agreements for casino development in Primorye. The goal was to avoid delays in the implementation of the approved projects.

Andrey Folomeev, general director of Primorsky Krai Development, told GGRAsia in August that at least two more plots earmarked for casino development could be available soon in Primorye. The plots had been previously granted, respectively, to Gaming Group Primorye LLC and Royal Time Group, but had not been developed according to the agreed schedule. Primorsky Krai Development was now resorting to legal action to get back those plots.

It has been reported by several Russian media outlets that the federal authorities might take over from the Primorsky Krai regional government the oversight of the Primorye casino development area, amid concerns that progress on the special area is lagging.

It was also confirmed to GGRAsia by the Primorsky Krai Development spokesperson that there are plans to develop a large-scale horse-racing complex near the Primorye area. It will offer horse-racing betting.

The multi-stage project will include a horse-race track, horse training facilities, hotel accomodation, shopping areas and entertainment facilities. The RUB2.4-billion (US$41-million) investment is scheduled to be fully open by May 2021.

The only company that has so far built a casino in that area is Hong Kong-listed Summit Ascent Holdings Ltd. It opened phase one of its Tigre de Cristal resort in autumn 2015.

Hong Kong-listed casino operator and developer NagaCorp Ltd had a ground breaking ceremony on its Primorye site in May 2015. Company chairman Tim McNally told GGRAsia recently that the firm was still anticipating to open the property in the first half of 2019.

A third investor, Diamond Fortune Holdings Ltd, reportedly began earlier this year ground preparation for its first casino resort in Primorye. The firm plans to open the first stage of the project – named Selena World Resort and Casino – in 2019.

Former Macau junket operator Suncity Group had no commercial need to seek illicit gains from under-the-table betting via the “multiplier”, as the company had a huge gaming business... END_OF_DOCUMENT_TOKEN_TO_BE_REPLACED