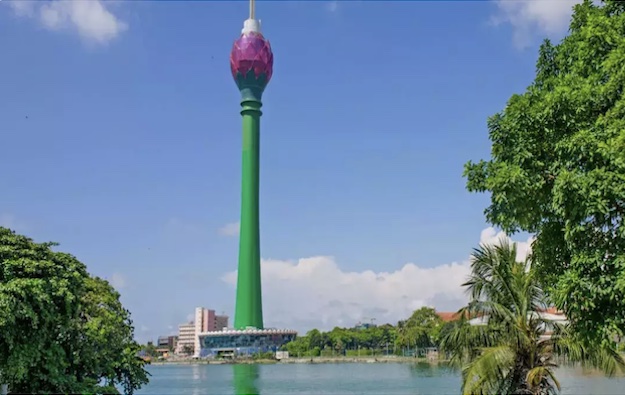 The recently opened Colombo Lotus Tower (pictured), in Sri Lanka’s capital city, will soon feature a casino and entertainment area, to be run by a Singapore-based company, according to media reports.

Lotus Tower Management Company (Pvt) Ltd will receive US$1.4 million a year as part of an agreement to rent the second floor of the tower base, with a total area of 44,000 square feet (4,088 sq metres), to Singapore’s Kreate Design Pte Ltd. The agreement was signed last Friday.

A statement from the tower’s promoter suggested a fully-fledged casino and an entertainment area – including waters sports – would be developed within the next six months, with operations set to start in April next year.

No details about the casino and its operator were announced at a Friday press conference, according to the media reports.

The 356-metre-high Colombo Lotus opened to the public in mid-September. Its base features six floors of retail and tourism offerings including restaurants, one floor of luxury hotel rooms, and an observation deck.

Sri Lanka’s State Minister of Tourism, Diana Gamage, said in Friday’s briefing that the agreement between the tower promoter and Kreate Design would “enable Colombo Lotus Tower as a hub to develop trade, investment and tourism activities between Singapore and Sri Lanka”.

In July, Sri Lanka’s Cabinet of Ministers approved the issuing of casino licences to the existing gaming operators in the country, under the terms of the Casino Business (Regulation) Act No. 17 of 2010.

The government also proposed increasing the annual levy imposed on gaming businesses to LKR500 million (US$1.4 million), from the current LKR200 million, and to increase the annual levy on the betting industry.

The decision by the Macau government to grant fresh 10-year licences to each of the city’s six incumbent casino operators has been welcome by top management at those firms. Each of the concessions... END_OF_DOCUMENT_TOKEN_TO_BE_REPLACED