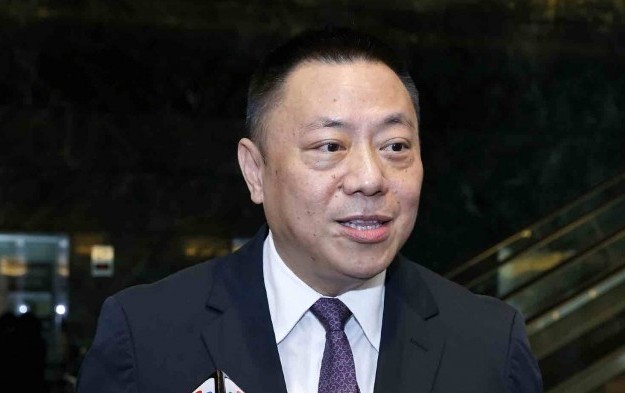 Macau’s Secretary for Economy and Finance, Lionel Leong Vai Tac (pictured), said the government is still looking for a suitable candidate to head the Gaming Inspection and Coordination Bureau (DICJ), the city’s gaming regulator. Mr Leong stressed however the importance of appointing someone with strong legal knowledge and language skills.

On Wednesday, Manuel Joaquim das Neves announced that he is retiring as director of the Gaming Inspection and Coordination Bureau on November 25, after a tenure spanning almost two decades.

Speaking to local reporters on Thursday, Mr Leong said that if no appointment were made before Mr Neves departure, the gaming bureau’s deputy director, Leong Man Ion, would take on the position as acting director.

Local media quoted the government official saying the new director of the gaming bureau would need to have a deep knowledge of the law, especially regarding enforcement, and that a bilingual or trilingual candidate would be preferred.

Chinese and Portuguese are Macau’s two official languages – the latter is widely used in law and legal-related matters. In addition, English is the lingua franca in the city’s gaming industry.

“We are considering the factors required for the position in order to select a suitable candidate,” said Mr Leong.

The secretary additionally stated the main challenge facing the new director was related to completing the mid-term review of the city’s gaming industry. The review began earlier this year and is reportedly aimed to assess whether the gaming operators are fulfilling their obligations under the concession contracts signed with the government. The work is expected to be concluded by the end of the year.

Mr Leong also said the gaming regulator would have to revise and strengthen gaming-related laws amid a slowdown in Macau’s casino industry.

Macau public broadcaster TDM reported on Thursday that Paulo Martins Chan, assistant prosecutor general of Macau, was in line to succeed Mr Neves. Mr Chan has a bachelor’s degree in law and a master’s degree in criminal law. He was nominated as a magistrate for the Public Prosecution Office in 1999 by former chief executive Edmund Ho Hau Wah.

Casino equipment supplier Sega Sammy Creation Inc said in a Friday release it was debuting its Genesis Crest 43J cabinet in Asia. The product will be available at an in-person trade show, G2E Asia:... END_OF_DOCUMENT_TOKEN_TO_BE_REPLACED