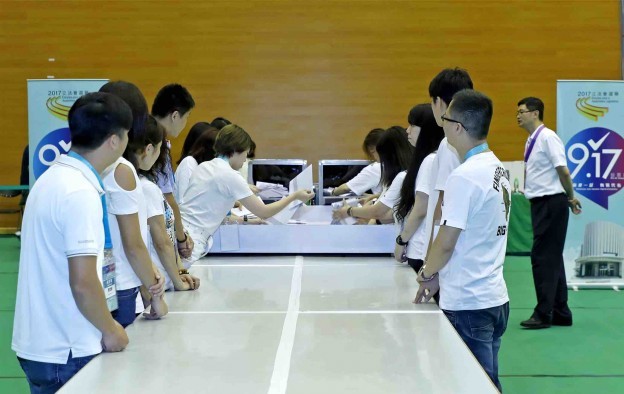 Three new members are joining Macau’s Legislative Assembly as directly-elected legislators following a poll held on Sunday. Angela Leong On Kei, an executive director of Macau casino operator SJM Holdings Ltd, was re-elected for her fourth term. She has been a directly-elected Macau legislator since 2005.

Fourteen seats – of a total of 33 – were available for 2017’s direct election for the Legislative Assembly. In Macau, some seats in the legislative body are apportioned via direct election, and some via either indirect elections or appointment by the city’s chief executive.

According to the Electoral Affairs Commission for the Legislative Assembly Election, there were about 174,000 ballots cast for the direct election, representing a voter turnout rate of approximately 57 percent. That compares with 52 percent in the previous election in 2013.

In this year’s election, 24 electoral tickets were competing for the directly-elected seats on the Legislative Assembly.

Most of the candidates for direct election in Macau’s Legislative Assembly election with ties to the local gaming industry had presented political programmes centred on either housing policy, social benefits, aid to small- and medium-sized enterprises or youth entrepreneurship. Policies relating specifically to the casino industry were relatively few in number.

The big winner of Sunday’s election was the group led by Mak Soi Kun and Zheng Anting. Their ticket attracted 17,207 votes, nearly 10 percent of all the ballots cast for the direct election, according to official data. Mr Zheng, a local junket representative, and his partner were members of the previous assembly. Their ticket had made no explicit mention of any gaming-related policy in its political programme.

Chan Meng Kam – a veteran legislator and local casino boss born in the mainland’s Fujian province – did not run for election this year. But Mr Chan campaigned with legislators Si Ka Lon and Song Pek Kei, each leading an electoral ticket. Both were re-elected on Sunday.

The new faces in the next assembly are: Sulu Sou Ka Hou, from the New Macau Progressives, a pan-democrat group; Agnes Lam Iok Fong from the Civic Watch group, an associate professor at the University of Macau’s Faculty of Social Sciences; and Leong Sun Iok, vice president of the Macau Federation of Trade Unions.

Members returning to the assembly are: Ella Lei Cheng I, from the Macau Federation of Trade Unions, who this year was a candidate for a directly-elected seat while in 2013 had been elected via indirect elections; José Pereira Coutinho, president of the Macau Civil Servants Association; Ho Ion Sang, from the General Union of the Neighbourhood Associations; Wong Kit Cheng, from the Women’s General Association of Macau; and veteran legislators Au Kam San and Ng Kuok Cheong.

Melinda Chan Mei Yi – who was running for re-election – lost her seat in the assembly. Ms Chan is the wife of David Chow Kam Fai, who is co-chairman and chief executive of casino services firm Macau Legend Development Ltd.

Local gaming worker activist Cloee Chao – who was a first-time candidate for a directly-elected seat in the Legislative Assembly – got about 3,000 votes, not enough to get a seat. Ms Chao had put a strong emphasis on the fight for better benefits for casino workers, and the call for a trade union law to provide a framework for local casino workers to negotiate with their employers.