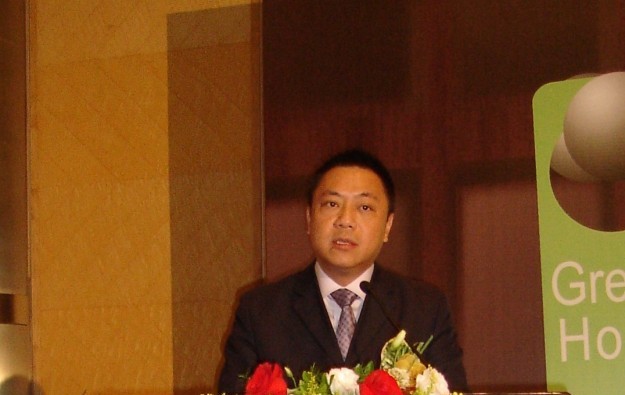 Macau Chief Executive, Fernando Chui Sai On, is said to be preparing a complete overhaul in the government for his second term in office, beginning on December 20. Mr Chui is planning to replace all current secretaries as well as other top officials, reports Chinese language Macao Daily News, one of the most influential newspapers in the city and with good access to official sources.

If the reports are correct, it will fall to Mr Leong to negotiate with the current six Macau gaming concessionaires what will happen when their current rights expire on various dates between 2020 and 2022. Francis Tam had previously said he expected those talks to begin in 2016.

Mr Leong is a member of the territory’s Executive Council and an elected member to mainland China’s National People’s Congress. He had been pinpointed as a potential front-runner to succeed Chui Sai On as chief executive.

Mr Leong is likely to be the only member joining the next government that hasn’t made a career in public service. The businessman exited the city’s shrinking textile manufacturing business in 2009 to start a large laundry facility to serve the major casino hotels in Macau.

In interviews with local media in the past, Mr Leong has said he opposes the establishment of a minimum wage in Macau. He also argued that Macau small- and medium-sized enterprises should be allowed to import labour with fewer restrictions.

Lau Si Io, Secretary for Transport and Public Works, and who oversees the government bureau responsible for issuing construction permits, will also be stepping down in December, according to Macao Daily News. Mr Chui has chosen Raimundo Arrais do Rosário to head the public works bureau, the report said.

Mr Rosário, an engineer, is currently Macau’s head of mission to the European Union and the representative in the office in Lisbon. He was a member of the Legislative Assembly between 1992 and 2001, appointed by the then governor of Macau, during the Portuguese administration.

Ambrose So Shu Fai, chief executive of Macau casino operator SJM Holdings Ltd, on Tuesday said he didn’t view the swapping of key government secretaries as a negative for the gaming industry.

He said: “The change of the secretaries is very much expected by the public since they [the officials] have been in office for a long time. It’s not a bad timing…it’s a continuation. Also these [new] people have been in the government a long time, so they know the culture…which is very important for the development of economics in Macau.”

Asked if he thought the change of senior government officials could speed up the approval of construction permits for Cotai and ultimately the opening times for the new resorts including SJM’s HKD30 billion (US$3.9 billion) Lisboa Palace, due to launch in 2017, Mr So said: “We hope so. There have been quite a number of delays [generally] there [on Cotai]. And we hope that they [the new secretaries] having gained experience from the past, could speed that up.”

Mr Chui on Tuesday confirmed that he has submitted the list of new top officials to Beijing, and is now waiting for the confirmation by the central government. The official announcement should be made shortly, he told reporters after meeting legislators earlier in the day.

The Chinese newspaper said that Sonia Chan Hoi Fan, coordinator of the Office for Personal Data Protection, would be replacing Florinda Chan as Secretary for Administration and Justice.

Alexis Tam Chon Weng, currently the chief-of-cabinet for Mr Chui and also chief government spokesperson, will be stepping in as Secretary for Social Affairs and Culture, replacing Cheong U, who leaves after just one term in office.

The Secretary for Security, Cheong Kuoc Vá, is also departing in December, said Macao Daily News. His place should now go to Wong Sio Chak, currently the head of the Judiciary Police.

Changes will also occur at the administrative level. The Chief Executive is said to be replacing Vasco Fong Man Chong, the Commissioner Against Corruption. André Cheong Weng Chon, director of the Legal Affairs Bureau, is tipped to be the successor. The only current senior official remaining in office aside from the chief executive is likely to be Ho Veng On, Commissioner of Audit, said the report.

Two other top political positions will also have new faces in December. Ma Io Kun, who had recently been appointed commissioner of the Public Security Police Force, will be named Commissioner General of the Unitary Police Service, replacing José Proença Branco. Choi Lai Hang, director-general of the Macao Customs, is to be replaced by Lai Man Wa, currently deputy director.

In the meeting with legislators earlier on Tuesday, Mr Chui introduced the budget proposals for the fiscal year 2015.

Mr Chui also announced a 6.8-percent increase in pay for civil servants, effective January 2015. This means the value of each point in the civil service pay scale will rise to MOP79 from MOP74.

Speaking to reporters, the chief executive said he hoped companies in Macau would also raise salaries in line with the inflation rate. The annual rate of consumer price inflation was 5.82 percent in September, according to official data.

The Pragmatic Play brand, a leading content provider to the iGaming industry, says it has signed a deal to launch its complete slot portfolio on the bet365 online wagering platform. As a result,... END_OF_DOCUMENT_TOKEN_TO_BE_REPLACED