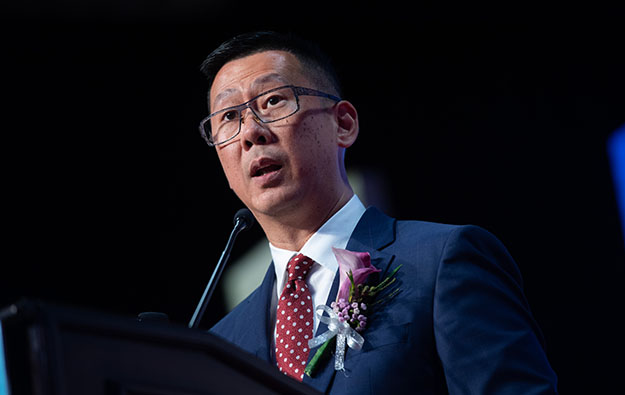 The new rules place restrictions on local gaming operators transferring to third parties – based in Macau or elsewhere – any information related with their respective “gaming activities or operations, including customer personal data”.

The move by the casino regulator – a body also known by its Portuguese acronym DICJ – additionally covers the city’s junket operators. The new rules came into force on September 23.

“There was no [negative] reaction from [casino] concessionaires nor from junket operators” following the announcement of the new rules, said the head of the casino regulator, Paulo Martins Chan (pictured in a file photo). He was talking to reporters on Sunday on the sidelines of a public event.

Mr Chan added that casinos and junkets had “understood” the need for such rules, which were aimed at promoting what he termed the sector’s “healthy development”. The phrase is commonly used by Macau government officials, sometimes in relation to the pace of expansion of the city’s casino gross gaming revenue.

“The focus of the new rules is personal data related with gaming activities,” Mr Chan stressed. He mentioned as examples, the time a gambler entered a casino, his or her respective length of play, and the customer’s overall spend.

“If it is personal data unrelated with gaming, it is not for us [at DICJ] to regulate on,” said Mr Chan.

“We will monitor [how the new rules are implemented] and make minor adjustments if needed,” he added.

Mr Chan pointed out that the rules did not bar information-sharing with third parties by casino operators and junkets. Such sharing would however have to be authorised by the regulator.

Asked about why such measures were only now being introduced by the regulator, Mr Chan acknowledged that it was partially related with recent allegations concerning proxy betting. Mr Chan did not in his remarks elaborate on that topic.

Gaming-related entities in Macau “collect a lot of data, and such data should not be transferred to overseas [third parties], especially if it is to be used for not-so-legal activities,” noted Mr Chan.

In early August it emerged that Macau’s casino regulator had banned the city’s junket operators from using Macau as a base for cross-border settlement of VIP gambling services provided elsewhere.