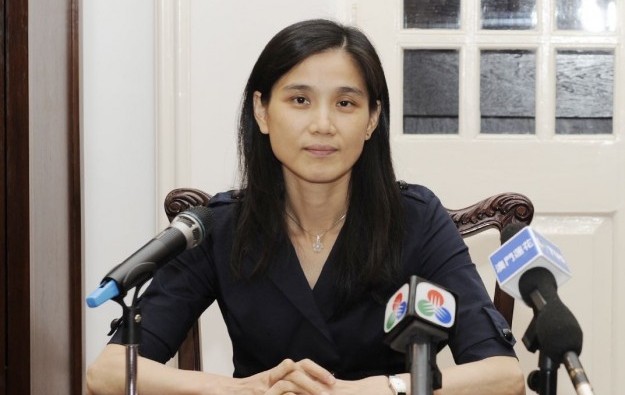 Macau’s new Pac On ferry terminal – located near the airport on Taipa Island and designed to bring mass market tourists direct to the nearby Cotai resorts – will only begin operations by mid-2016 at the earliest, the director of the government’s Marine and Water Bureau, Susana Wong Soi Man (pictured), confirmed on Tuesday.

Currently only a temporary terminal is available on Taipa, with a limited number of sailings per hour.

Ms Wong told public broadcaster TDM that construction of the new ferry terminal should be completed by the end of 2015. She added that it would then take around six months to have the facility operational.

One of the government’s stated uses for the new site was to help deliver more tourists to the Cotai area and the casino resorts there. Currently many tourists arriving by ferry disembark at the Outer Harbour Ferry Terminal on Macau peninsula and are then bussed to Cotai.

Anecdotal reports suggest existing ferry services to Macau are running close to capacity, with tickets between Macau and Hong Kong often sold out during weekends, typically the peak customer period for Macau’s gaming industry. During the first half of 2015, the city saw more than 5.55 million arrivals by boat, or 37.6 percent of the overall visitor arrivals during that period, government data show.

The completed Pac On ferry terminal will be able to handle about 40 ferries an hour, according to government officials. The Taipa pier is to have 19 berths and a helipad, making it Macau’s largest ferry terminal once fully commissioned.

But the work has been marred by delays and controversy, mainly as the result of changes in the design of the terminal, including its enlargement.

The budget for the project was MOP500 million (US$62.6 million) in 2005 when construction started, but it had swelled to MOP3.2 billion by 2013. The government has said it cannot guarantee that will be the final price tag.

The Earth Tower, the second tower of the Sheraton Grand Macao hotel at the Londoner Macao casino resort on Cotai, is to be used to isolate people already confirmed with Covid-19 infection, the Macau... END_OF_DOCUMENT_TOKEN_TO_BE_REPLACED