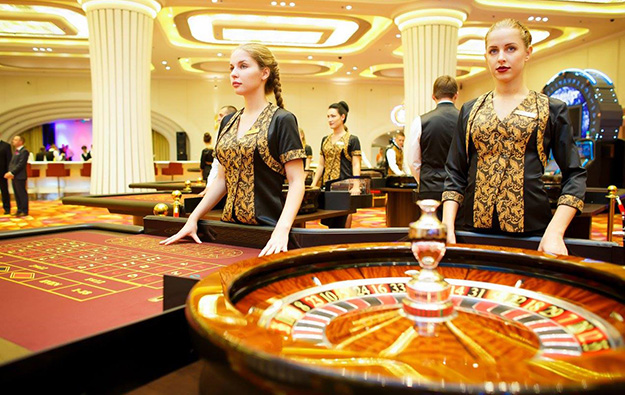 “Unlike Macau, Chinese nationals face no limits on the frequency or length of stay as there are no travel restrictions set down by the Chinese government regarding Russia,” analysts Jamie Soo and Adrian Chan wrote in a memo issued on Wednesday.

They added: “The previously cumbersome visa regime was among the leading bottlenecks towards Summit Ascent’s development of its Chinese gaming business. In the longer run, we continue to hold the view that such developments will help drive the underserved and underpenetrated Northern Chinese provinces that are well within Summit Ascent’s Tigre de Cristal catchment area.”

Since August 1, tourists from 18 countries – including from China and Japan – arriving via the Vladivostok airport or seaport can obtain a visa-on-arrival after filing an application online at least four days prior to their visit, according to the official website of Primorsky Krai Development Corp. The latter is a government-owned company overseeing the development of the Primorye casino development area.

The single-entry visa is free and valid for 30 days from the time it is issued, Primorsky Krai Development said. It allows travellers to stay in Russia for up to eight days.

“Our ground checks have indicated the approval process to have taken as little as a few hours,” Daiwa noted.

The brokerage added: “This represents a substantial upgrade to the old process for visitors from China, which were predominantly permitted to enter Vladivostok as part of tour groups of between five and 100 individuals without visas (the new process can be done online on a per-person basis). The old process had also involved added costs, a burdensome documentation process, and arrangements by or coordination of travel agencies.”

Hong Kong-listed casino operator and developer NagaCorp Ltd is also developing a casino resort in Russia: it had a ground breaking ceremony on its Primorye site in May 2015. Company chairman Tim McNally told GGRAsia last month that the firm was still expecting to open the property in the first half of 2019.

Summit Ascent “is well-positioned to benefit from a pure-play monopoly status [in Primorye] until at least 2019,” Daiwa said in its Wednesday note.

The brokerage had said in a March report it projected the Vladivostok market’s gross gaming revenue “to reach US$150 million in 2017 and potentially US$1.3 billion by 2020 (estimate),” as there was still a large amount of untapped gaming demand in cities within a three-hour flight time of Primorye.

Daiwa added at the time: “[Neighbouring] northern China accounted for 21 percent of China’s high net worth individual population in 2014 but only 6 percent of Chinese visitations to Macau in 2014.”

Primorsky Krai Development meanwhile launched a total of three independent auctions for land in Primorye earmarked for casino development. The deadline for applications is August 28, according to a notice on the firm’s official website. The winners are to be announced the following day.

Macau recorded 965 “gaming-related” crimes in full-year 2022, down 29.7 percent on the 1,372 identified in the previous year, according to the latest statistics published on Tuesday by... END_OF_DOCUMENT_TOKEN_TO_BE_REPLACED