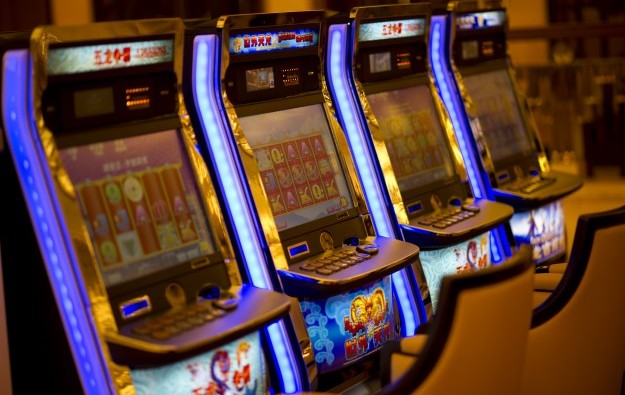 Cambodia casino operator NagaCorp Ltd says it has concluded a 10-year deal with what it describes as “four independent third parties” for them to run a revamped, 300-unit, electronic gaming machine (EGM) business at its flagship NagaWorld resort in Phnom Penh.

The investors and NagaCorp will jointly manage and operate the EGM business, it said. The casino operator will be entitled to 70 percent of the revenue generated from it, and the outside investors the remaining 30 percent, said a NagaCorp filing to the Hong Kong Stock Exchange after trading hours on Thursday.

The filing stated that the outside investors were attracted by the opportunities for growth in NagaWorld’s electronic games operation thanks to expected increases in mass-market Chinese visitors.

According to Cambodia’s Ministry of Tourism, arrivals to the kingdom from mainland China increased by 14.9 percent year-on-year in the first quarter of 2015, to 187,126 visits. That puts China second only to Vietnam in Cambodia’s inbound tourism rankings. Tourist arrivals from Vietnam grew by 18.9 percent to 225,600 in the same period.

NagaCorp’s filing said that China Duty Free Group Co Ltd – a mainland China state enterprise – is to manage a retail operation at NagaCity Walk, a shopping complex NagaCorp is constructing next to NagaWorld. NagaCorp said in a regulatory announcement in February that the shopping mall should be open by the first quarter of 2016.

Thursday’s filing said NagaCorp expected more mainland China tourists soon. That is thanks in part to a deal whereby another of China’s state-owned businesses – China International Travel Service Ltd – will act as general sales agent for Bassaka Air Ltd, added NagaCorp. Bassaka Air, a passenger airline based in Cambodia that leases the planes from NagaCorp, started international flights between Macau and Phnom Penh on March 30.

One of the four investors in the new EGM zone at NagaWorld is an individual referred to only as “Jinfu” and said to be the owner of Central Asia Group Co Ltd. According to its website the firm is a Guangdong-based electric light manufacturer.

NagaWorld’s new ground floor EGM zone – to be situated in the revamped lobby of the casino resort – will eventually be connected by a corridor to NagaCity Walk and by a staircase to what the NagaCorp management refers to as “another lifestyle gaming premium mass market hall” sited on a higher level.

The revamp of the EGM area is part of what NagaCorp said is a “master plan of Dalton Steelman Arias and Anderson”. The latter is an interior design affiliate of Steelman Partners LLP, headed by architect Paul Steelman. The architect has received many design commissions from casino operators.

On April 1 NagaCorp announced that its gross revenue from electronic games for the first quarter ending March 31, rose 8 percent year-on-year to approximately US$48.0 million, from approximately US$44.3 million in the year-prior period.

Under the new EGM management deal agreed on Thursday, the four parties will pay US$40 million – a sum already pledged by one of the parties in return for exclusive negotiations according to a NagaCorp filing on May 6.

In addition, the investors have agreed to deposit another US$10 million with NagaCorp “at a later date and in joint consultation with Naga,” to purchase “state-of-art EGMs” to be placed in the revamped area.

The other three investors in the EGM area are Cambodia-incorporated firms Top Summit Garment Inc; Jin He Tai Construction Co Ltd; and CMC Phnom Penh Import Export Co Ltd. An earlier NagaCorp filing said the latter firm was a group of Chinese businessmen introduced to NagaCorp by a construction contractor hired by the casino operator.

Macau’s casino gross gaming revenue (GGR) for the first five days of February is estimated at MOP1.9 billion (US$235.1 million) – or MOP380 million per day – a level that suggests a “45... END_OF_DOCUMENT_TOKEN_TO_BE_REPLACED