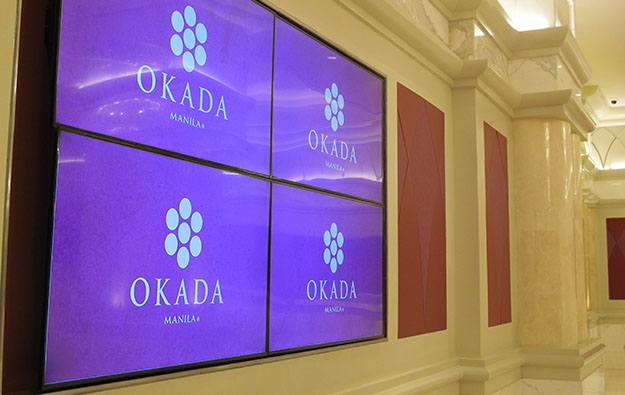 The company told the JASDAQ in writing on Monday that it had put the system into action in the Okada Manila casino resort in the Philippines, which is run by a subsidiary, Tiger Resort, Leisure & Entertainment Inc. The company says it developed the system itself.

It describes it as the “first” of its sort in the casino industry.

“The Slot Program Play System makes it possible to provide preferred customer services independently configured by casino operators to players who insert a certain amount of money or more in a casino slot machine within a certain period of time,” Universal Entertainment told the stock market.

“It does so by systemising the rolling programmes that have been conventionally administered as preferred customer services at baccarat and other table games,” it said.

“Introducing this system helps casino operators boost their marketing for capturing repeat slot customers, and also offers advantages to slot players by allowing them to benefit from unprecedented preferred services.”

Universal Entertainment said it had installed the system in slot machines for VIP players at the Okada Manila, where the system offers players free plays and rewards points.

The company said it was considering wider deployment of the system in due course.

Universal Entertainment told the JASDAQ that, in expanding its casino business, its policy was to exploit to the utmost its prowess in developing proprietary technology.

On Friday Universal Entertainment announced that it is introducing at the Okada Manila a system that enables gaming machines to accept the banknotes of various countries..

Universal Entertainment announced earlier in July that gross gaming revenue at the Okada Manila grew to nearly PHP17.66 billion (US$345 million) in the first half of 2019, or 44.7 percent more than a year earlier. The company said first-half VIP rolling chip volume there grew by 31.3 percent to nearly PHP264.09 billion.

A Macau court was offered evidence on Monday, including of recordings from police-wiretapped telephone conversation, that the prosecution says proves the direct involvement of Levo Chan Weng Lin... END_OF_DOCUMENT_TOKEN_TO_BE_REPLACED