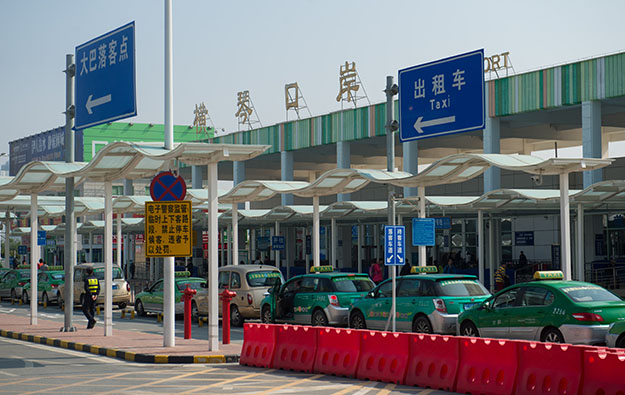 The government in Zhuhai, the mainland city nearest to Macau, said on Tuesday there would be some incremental easing of travel into Guangdong province, either for residents of other mainland provinces, or Macau ID holders.

The institution was referring first to China’s exit visa scheme for independent travel to Macau and some other places, known as the Individual Visit Scheme (IVS).

While most mainland residents face no restrictions on entry to Macau in relation to Covid-19, the mainland authorities have not yet restarted the exit visa systems most commonly used for mainlanders to visit Macau.

IVS visas were reportedly suspended in late January, as part of Covid-19 containment measures, with tour group visas paused around the same time as the IVS ones. A return of IVS visas has been mentioned by industry insiders as a key element in Macau’s casino market recovery.

The slight easing announced by Zhuhai on Tuesday, means that people either from mainland provinces other than Guangdong, or Macau ID holders, will be able to travel to any location in Guangdong, not just nine cities that were mentioned in rules that came into effect on July 15, in place of a previous quarantine for those Guangdong-bound.

Under the latest variation, travellers would still need to show on entry to Guangdong, a certificate confirming a recent negative test result for Covid-19.

“Albeit very slowly, the [travel] bubble seems to be expanding little by little, and we still think the next logical step is to reinstate IVS for Guangdong residents, which we expect to come in the next two to three weeks in August,” said JP Morgan analysts DS Kim, Derek Choi and Jeremy An.

The analysts did not elaborate on the reason for their expectation on IVS resumption.

Brokerage Sanford C. Bernstein Ltd said in a Wednesday note that while Zhuhai’s Tuesday announcement was likely to have “only very limited impact” on Macau gross gaming revenue, “we expect IVS visa issuances to begin in a phased manner (perhaps with only Guangdong visitors first, and-or with quotas) at some point in August or September.”

But analysts Vitaly Umansky, Kelsey Zhu and Tianjiao Yu, added “no indication has yet come from government officials on timing” regarding any such move.

The Macao Government Tourism Office (MGTO) is currently “not holding negotiations” with the authorities in mainland China regarding the resumption of visas for travellers coming to Macau, said the tourism bureau’s director, Maria Helena de Senna Fernandes, in comments to local media reported on Monday.

The casino at the Jeju Dream Tower resort (pictured), in the capital of the South Korean holiday island of Jeju, recorded KRW18.5 billion (US$14.5 million) in gaming revenue for the three months to... END_OF_DOCUMENT_TOKEN_TO_BE_REPLACED