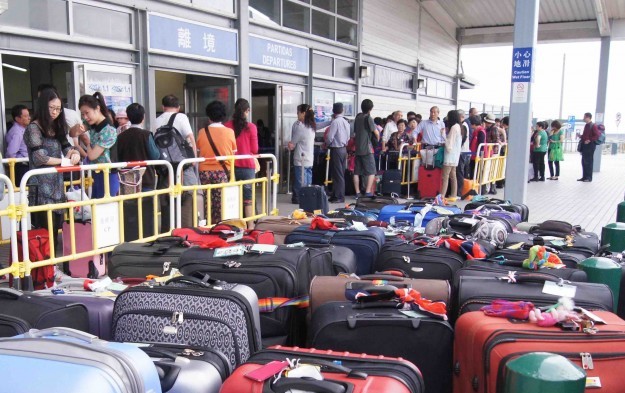 Macau’s new Pac On ferry terminal – located near the city’s airport on Taipa Island, and designed to bring mass-market tourists to the the large Cotai casino resorts nearby – should be ready to start operations “in six to nine months,” said the deputy director of the Marine and Water Bureau, Chou Chi Tak.

That means the new Pac On ferry terminal would start operations by February 2017 at best. The infrastructure should be fully operational by May at the latest, said Mr Chou.

He was speaking to local reporters during a visit on Wednesday to the new ferry terminal. The Marine and Water Bureau oversees maritime transportation in Macau.

The Pac On ferry terminal project has been marred by reported delays and controversy, mainly as the result of changes in the design of the terminal, including enlargement of the complex.

The current budget stands at MOP3.78 billion (US$473.2 million), including expansion works, the Marine and Water Bureau confirmed on Wednesday. The figure is nearly 550 percent higher than the MOP583-million estimated budget announced in 2005, when construction of the scheme started.

One of the purposes of the new site was to help deliver more tourists to the Cotai area and the casino resorts there. Currently many tourists arriving in Macau by ferry disembark at the Outer Harbour Ferry Terminal on Macau peninsula and must then take a shuttle bus or taxi if they wish to go to Cotai.

Currently a temporary Taipa ferry terminal (pictured) – with a limited number of sailings per hour – operates next door to the under-construction Taipa facility.