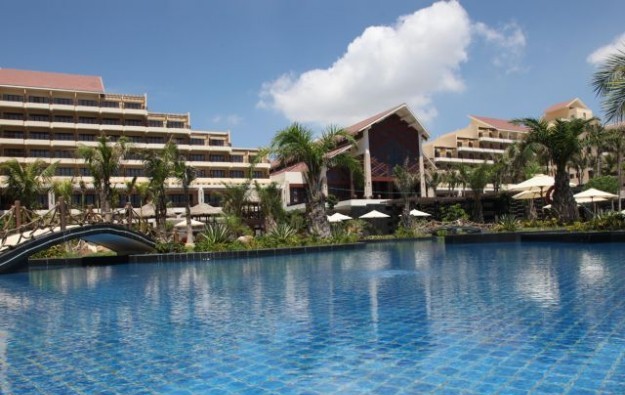 Macau casino junket operator Tak Chun Group has opened a new VIP club in the city of Da Nang in central Vietnam, a representative of the group confirmed to GGRAsia.

The person – who asked not to be identified by name – said the new 11-table VIP club started operations on March 31 at the casino inside the Crowne Plaza Danang resort (pictured).

Vincent Li, chief operating officer of Tak Chun, had indicated – on the sidelines of a company event in March – that the group would open a new VIP club under its own brand in Da Nang, citing the coastal city’s business potential.

The Tak Chun executive also confirmed in March that the group would in the second half of this year launch a VIP club at MGM Cotai, a casino resort operated by Macau-based gaming concessionaire MGM China Holdings Ltd.

With the opening of the Da Nang club, Tak Chun currently has 19 VIP clubs in the Asia-Pacific region under its brand. In March it opened a VIP club at casino resort Okada Manila in the Philippines.

It is likely that Macau will shortly have a third round of citywide centre-based Covid-19 testing in little more than a week, after the results so far of a second mass test – that was due to finish... END_OF_DOCUMENT_TOKEN_TO_BE_REPLACED