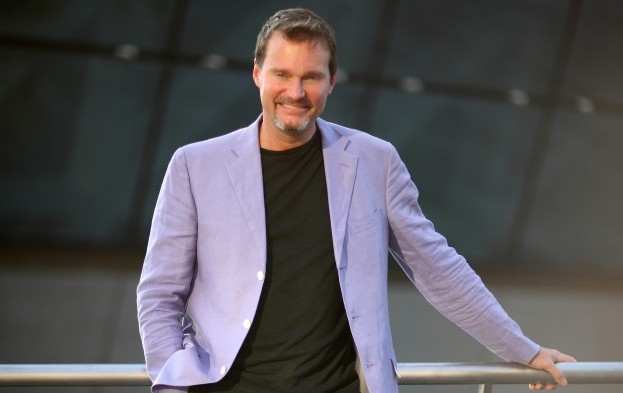 “World famous nightclubs, of the few there are, bring a huge amount of media generation, excitement and buzz to a property like the City of Dreams,” Mr Ault told GGRAsia.

He added: “We drive tremendous gaming and hotel guest traffic, and are a magnet for celebrities. Nightclubs punch way above their weight class when it comes to publicity.”

Casino executives in Las Vegas were quick to realise this trend back in the late 1990s, Mr Ault said. “Their mega clubs generated more press than even the casino, hotels, retailers and celebrity chefs restaurants, often combined.”

The Pangaea brand already has an outlet at Singapore casino resort Marina Bay Sands. It will soon undergo re-design, said Mr Ault. He has more than 30 years of experience in the nightclub industry and has been involved in opening and operating several high-profile properties around the world, especially in the United States.

“The Marina Bay Sands, a Las Vegas Sands Corp property, was the first casino… to attempt to out-do Las Vegas [in nightclub offering],” he said. “By every benchmark we exceeded anything in Vegas.”

Pangaea Singapore, opened in September 2011, has been described in the international financial media as the highest earning nightclub in the world per square foot and one of the most expensive in terms of customer charges. Mr Ault said the sister venue in Manila would have a different pricing strategy.

“We do not plan to bring Singapore prices to Manila,” he pledged, noting that the purchasing power of Singaporeans is much higher and among the highest in the world.

“We shape and customise the prices of each club to fit the differing markets. Pangaea prices will be at the upper range of what already exists in the Manila marketplace,” Mr Ault said.

The two clubs at City of Dreams Manila are slated to open sometime in the fourth quarter of 2014, the target date for the casino property’s opening. Mr Ault said Pangaea would start operations ahead of Chaos, but both are to feature “extravagant” and “lavish” designs.

Pangaea will be able to host up to 400 guests simultaneously in more than 730 square metres (7,858 square feet) of space, including VIP areas.

The Chaos nightclub will be spread across two levels covering approximately 3,000 square metres (32,392 square feet). It will have capacity for more than 2,000 customers and include 10 private karaoke rooms. Karaoke is highly popular in the Philippines.

Both clubs will be situated in City of Dreams Manila’s Fortune Egg, described by Melco Crown Philippines as “an architecturally-unique dome-like structure, which will be accented with creative exterior lighting design”.

Mr Ault said the “real catalyst” for the Ault Group embracing the Philippines was the “tremendous opportunity” offered by City of Dreams Manila.

“You don’t get to have James Packer and Lawrence Ho as ‘partners’ every day,” he highlighted.

Mr Ault continued: “Manila and the Philippine’s growth story is extremely exciting… Many feel that Manila is the next ‘Macau’, and we would very much like to be an important part of that story.”

He explained the Pangaea and Chaos nightclubs will offer something new in the local market.

“Pangaea will cater to those more sophisticated and more mature former club goers, who now feel that they may have outgrown the types of clubs that are filled with kids and lack much in the way of service,” said Mr Ault.

Chaos “is younger, less expensive and less exclusive,” the entrepreneur added. “It’s a larger dance club, with the refinements and DNA of Pangaea at a lower cost, and with a greater ease of entry.”

With several new casino resorts under construction in Asia, the Ault Group is looking for more opportunities to expand in the region. “I’m always waiting for the phone to ring,” he stated.

It is likely that Macau will shortly have a third round of citywide centre-based Covid-19 testing in little more than a week, after the results so far of a second mass test – that was due to finish... END_OF_DOCUMENT_TOKEN_TO_BE_REPLACED