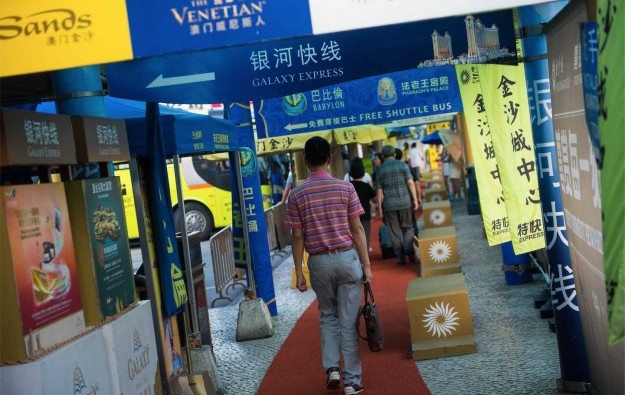 Nine key factors – all relating to non-gaming products and services – influenced the number of times a sample of mainland Chinese visited Macau in 2015, according to a research paper published by a University of Macau academic.

The paper is titled “Play, shop, eat, drink, reward, play – repeat. An assessment of the importance of non-gaming in Macau’s casino integrated resorts (IR) for mainland Chinese visitors”. It is to be delivered by Glenn McCartney, associate professor of international integrated resort management at the University of Macau, at a conference taking place in Bali, Indonesia, between May 31 and June 2.

“While gaming attractiveness remains central to IR success, within this the quality, range and availability of certain non-gaming factors, staff service and IR ambience can play a role in IR satisfaction, selection and revisit,” said Mr McCartney in the paper.

According to research contained in the study, the nine main factors that affected the number of visits to Macau by mainland Chinese were: ease of getting to the casino resort; the quality and price of food and drinks; the “ambience” of the resort; duty-free product pricing and the variety of such goods; seating comfort; events and entertainment; and convenience of smoking rooms.

The findings were based on a short questionnaire administered to mainland Chinese visitors to Cotai resorts in mid-2016. The guests were intercepted while boarding buses taking them away from the properties, according to the paper.

A valid sample of 326 sets of response was collected from Cotai casino properties: namely, the Venetian Macao, City of Dreams, Galaxy Macau and Studio City.

“Importantly this research highlights the importance of non-gaming elements in the overall ongoing appeal of Macao’s IRs to its largest audience [mainland Chinese] and that greater strategic analysis and implementation could be done to better focus staff training – as well as marketing and promotional strategy and spending – on product development,” said Mr McCartney.

“While gaming attributes linked to slot [machine] and table [game] variety are important to visitation, non-gaming components such as duty free retail, event and entertainment, and food and beverage are having an impact on IR choice,” stated Mr McCartney. “Operational issues such as ease of getting to the IR and navigation inside the IR are important considerations too,” he added.

The paper is to be presented at the APacCHRIE Conference. The host body is officially known as the Asia-Pacific Council on Hotel, Restaurant, and Institutional Education.

South Korea on Thursday said it would from June 1 resume issuing short-term tourism visas for trips to the country’s mainland, for individual visitors and groups of tourists. Permits for... END_OF_DOCUMENT_TOKEN_TO_BE_REPLACED