No chance of casinos in Tokyo, Osaka by 2020: Union Gaming 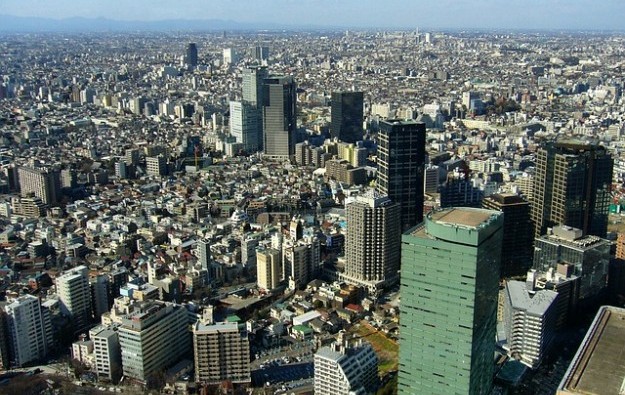 Casino resorts “will never happen in Tokyo or Osaka by 2020,” suggests a new report from Union Gaming Research LLC in the United States.

That was the year mentioned by the Japanese government for a possible opening of the country’s first casino resort, to coincide with the 2020 Summer Olympics in Tokyo.

Christopher Jones, who along with report co-author John DeCree recently joined the boutique research firm Union Gaming Group LLC from Telsey Advisory Group in New York, wrote additionally: “We are less convinced that the opening of casinos in Tokyo and Osaka would be the right move out of the gate, as those markets do not fit the original reasoning behind the push to legalise casinos in Japan – to spur economic development by encouraging tourism in under-visited regions of Japan.”

They added: “Today, Japan has no shortage of domestic or international tourists to Tokyo or Osaka. Commonly referred to as the ‘Golden Route,’ the route between the cities is taken by more than 90 percent of all tourists to Japan.”

The report, issued on Thursday, notes the scepticism that often accompanies discussion of Japan, but suggests that when things do move, they might move quickly.

“Those active in the sector for a while will know that Japan seems like a market that is always about to happen but never does. With this in mind, one thing is absolute: casino legislation has never made it this far in Japan. Politically and economically, the setting is probably as good as it will ever get in Japan – a political environment that is notoriously unstable,” wrote Mr Jones and Mr DeCree.

They added that although the initial move to legalise casino gaming “would probably not pass” until late 2015, Union Gaming expects that when it does, the decision on where to locate casino resorts might already have been taken.

“Our contacts suggest that although the first phase of a bill to legalise gaming in Japan would probably not pass until late 2015, we believe the decision by which operators will be blessed for certain markets will have already been decided by then.”

Union Gaming says that the pledge of casino operator Las Vegas Sands Corp to spend as much as US$10 billion on a Japanese casino resort would be the biggest spend on a single gaming project in history, outstripping even the US$8.5 billion budget of MGM Resorts International for CityCenter in Las Vegas.

But Union Gaming added of Las Vegas Sands’ Japan ambitions: “Early in the process, Las Vegas Sands appeared to have a strong preference to operate independently. It appears clear to us that a local partner would be a requirement at this point for any developer expecting to win a casino licence in Japan. Not surprisingly, Las Vegas Sands has recently softened its tone regarding its willingness to take on a Japanese partner, though we believe the company’s history of making such selections and cooperation would make for a more tenuous process, particularly as its strong liquidity position suggests that it would take on a partner only if required to do so by legislation.”

Macau recorded 69,279 visitor arrivals on the sixth day of the Chinese New Year (CNY) holiday period, showed official data. The city welcomed about 384,600 visitors in the first six days of the... END_OF_DOCUMENT_TOKEN_TO_BE_REPLACED