No-commission baccarat: a sure bet in Asia? 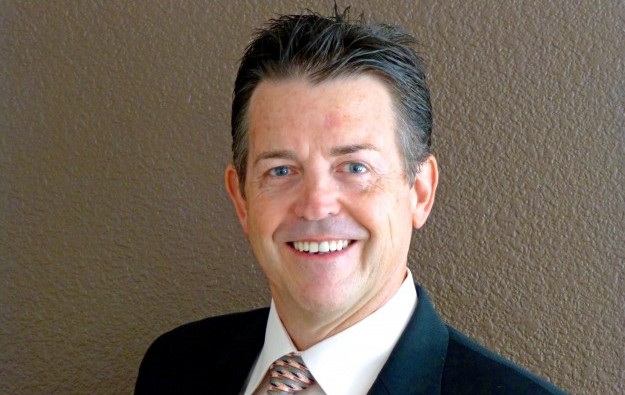 No-commission baccarat is already well known in the Asian casino industry as offering advantages for both casino operators and players, including more hands per hour and the elimination of commission calculation errors.

Mr Powell – now an industry consultant – learnt table games from the ground up as a dealer in casinos in southern Africa; before eventually moving to work in operations management in Las Vegas.

He told GGRAsia in an interview why he thinks his firm’s version of no-commission baccarat is the most attractive for players and casinos. He also explained why his product can work not only on live tables but also on electronic table formats, where commission is normally calculated automatically.

“We have been told that – based on research that electronic table manufacturers have done – the players prefer not to play commission baccarat even on an automated game because they see it removing 5 percent from their bankroll on every winning ‘banker’ bet,” stated Mr Powell.

“The terminal game isn’t going to be any faster with EZ Baccarat, because the question of commission errors is already removed by the automated nature of the terminal game. But the players like that feeling of not seeing that commission being taken from their winning bets. If you think about it, I think that makes sense,” he added.

There is already a non-proprietary version of no-commission live table baccarat that casinos can get for free.

Super 6 – in some markets called Punto 2000 – works by halving the winning payout on a successful banker bet achieved with a score of six – a result that normally happens about five times a shoe. But Mr Powell says in that scenario the maths of the game is tweaked in such a way that the inbuilt house commission is pushed up to 5.88 percent – nearly 20 percent higher than with EZ Baccarat.

“The Super 6 version of the game has been very successful in Macau in the early years [following market liberalisation],” Mr Powell told us.

“We predict it’s going to be less successful as the players become repeat customers. Regular players eventually work out the game is winning money from them too quickly. Our game doesn’t do that, and our game is faster. With Super 6, because you have to pay half a bet, rather than just ‘pushing’ [barring payment] on a bet, it still slows the game down.”

EZ Baccarat bars the payout on a specific ‘banker’ bet winning result known as a ‘three-card seven’ – i.e., a bank winner with score of seven from three cards. Theoretically this result should occur about twice per shoe. The standard baccarat shoe normally contains eight decks of cards. By removing the payout on this particular bet, the mathematics of the game are ‘tweaked’ in such a way that a 5 percent commission system is built into the game and doesn’t need to be worked out for every winning banker hand.

To offset any player disappointment on the barred payout (also known as a ‘push’) on banker three-card seven, with EZ Baccarat there is the option of a proposition bet called the ‘Dragon 7’ that offers a 40 to 1 payout. That is stratospheric compared to the 8 to 1 payout available on a ‘tie’ result – the least common result of the three standard baccarat outcomes.

In Macau, EZ Baccarat’s live table game was launched at Wynn Macau in May 2009. EZ Baccarat is usually run in its live table, live dealer version in so-called ‘face up’ format. In that case the cards are dealt face up – not face down allowing the player to ‘squeeze’ them as occurs in the traditional Asian casino version. The face up method maximises the speed advantage of the game.

The theoretical house edge on baccarat – when calculated on a blended basis to account for the differing odds on ‘banker’, ‘player’ and ‘tie’ bets – is generally accepted to range from 1.26 percent to 1.35 percent when the commission rule is factored, according to an industry research paper by casino operations expert Andrew MacDonald and the late Bill Eadington, a former economics professor at the University of Nevada, Reno.

Another way to express house edge for baccarat is that for every HKD100 (US$12.90) bet (Hong Kong dollars being the currency used for most Macau casino games) the house will get to keep between HKD1.26 and HKD1.35.

By removing the need for commission calculation, the EZ Baccarat live dealer game claims to have far more hands per hour – between 50 percent and 70 percent more depending on a number of variables including the skill and training of the dealer – making the house management happier. The players are also happier, as commission errors are the most likely dealer mistake they face. The dealers are happier too as they are under lighter pressure than with the commission version, said Mr Powell.

He explained: “When we came to invent our game system, we were very clear that we wanted to be able to look the player straight in the eye and say ‘This is better for you than regular 5 percent commission baccarat.’”

Mr Powell also argues the EZ Baccarat game – whether in live dealer table form or live multi game form – offers fresh excitement for players because its proposition bet is integral to the game. Although Dragon 7 should statistically occur two times per shoe, it might not.

“The longer a game goes without a Dragon 7, the more excited players become, and the more money they bet on the Dragon 7,” Mr Powell told us.

Live multi game – which is defined by Macau’s gaming regulator as a game category not unique to one manufacturer – was the only major casino game product category in Macau to show a year-on-year improvement in gross gaming revenue (GGR) in the first quarter of 2015.

“One [Macau] operator said we have all these terminals from LT Game – we’d like to have EZ Baccarat on them. That was the genesis of the move to the LT Game Live Multi Game platform,” said Mr Powell.

“A lot of people say EZ Baccarat is a new game, like three-card poker. It’s not really a new game. It’s really a new operating system for the game of baccarat. That’s the way we look at it, and how we talk to our clients about it,” stated Robin Powell.

“It’s one of the few gaming floor creations where all the stakeholders like the result [the product]. By stakeholders I mean the casino, the players and the dealers – the people that actually do the work.”

Casino equipment supplier Sega Sammy Creation Inc said in a Friday release it was debuting its Genesis Crest 43J cabinet in Asia. The product will be available at an in-person trade show, G2E Asia:... END_OF_DOCUMENT_TOKEN_TO_BE_REPLACED