No coronavirus panic, dividend up as profit jumps: NagaCorp 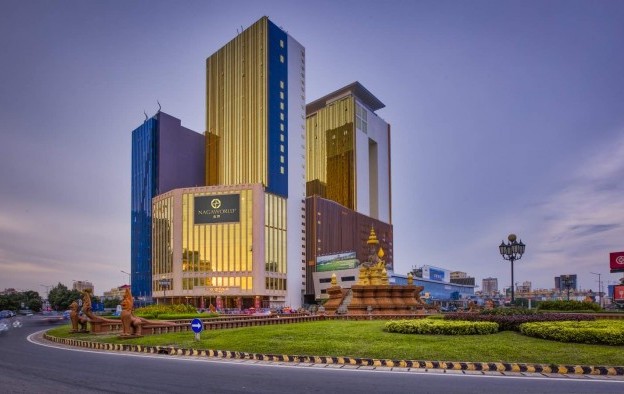 Cambodian casino operator NagaCorp Ltd says it “remains confident that even if its financial performance may be impacted” by the current coronavirus crisis “in the next six months of operations and beyond, the long-term prospects of the company remain good”.

The Hong Kong-listed firm added, in comments featured in its 2019 final results announcement, filed on Monday: “Regardless of the coronavirus outbreak which the company is of the opinion… will be short-lived, the company is pleased to decide to recommend a 80-percent payout of the net profits generated for the second half of 2019 as final dividend,” i.e. US$0.0509 per share. That compared with a final dividend of US$0.0291 per share for 2018.

“This is the first time after operation of the group for 25 years that the company has decided to declare a special ‘bonus’ to all its shareholders in the form of an extraordinarily high dividend for the year,” NagaCorp said.

It added: “The company shall review, assess and where appropriate, revise its dividend declaration policy in reaction to the position of the coronavirus crisis, global business environment and other factors”.

The mainland-China originating novel coronavirus infection has led to a sharp decline in tourism around Southeast Asia, particularly such business involving Chinese tourists. Authorities around the region have introduced a number of measures to cut travel – namely of people originating from China – so to reduce the risk of further spread of the coronavirus.

NagaCorp said in its latest announcement that increased tourism to Cambodia, including a 20-percent growth in arrivals from mainland China in the first 11 months of this year, had contributed to its business growth.

China provides the bulk of the kingdom’s tourist arrivals and mainland gamblers are widely viewed by Asia-Pacific casino operators as among their most valuable clients. NagaCorp noted there had been more than 2.2 million arrivals from the Chinese mainland to Cambodia in the period January to November inclusive, last year.

Full-year GGR up by 20pct

NagaCorp said its NagaWorld casino complex (pictured) in the Cambodian capital of Phnom Penh recorded gross gaming revenue (GGR) of nearly US$1.72 billion in full-2019. That represented an increase of 19.9 percent compared with 2018, it said.

The firm has an exclusive licence to operate casinos in Phnom Penh and its surroundings. It started operations in that city via the company’s NagaWorld property – now referred to as Naga 1 – which opened in December 2006. That venue is now linked – via a small underground shopping mall – to Naga 2, an expansion that opened in November 2017. The overall collection of properties is now known as the NagaWorld Complex.

In other detail in its full-year 2019 results, the company said its mass-market table buy-ins rose by 32.8 percent to US$1.64 billion in 2019, while the bills-in tally for its electronic gaming machines rose by 24.6 percent to almost US$2.76 billion.

In the VIP table games segment, its rolling chip turnover rose by 30.7 percent to more than US$46.61 billion.

“The VIP market continued to register robust growth, as a result of increasing market acceptance of the combined NagaWorld complex as an integrated gaming and entertainment destination,” said NagaCorp. “During the year, a few junket operators commenced fixed-base operations at Naga 2, contributing to the increase in the number of higher-end VIP players from the region and in total rollings,” the firm said.

The company identified political stability and economic growth in Cambodia, business growth at Naga 2, mass-market growth, and the expansion of its VIP gaming business among the reasons for its improved results for 2019.

Naga 3 to have ‘MBS’-style upper deck

The statement offered some new details on NagaWorld Complex’s proposed Naga 3 expansion, to be a mix of gaming and non-gaming. NagaCorp said “soils tests have finished and the test piles have begun”. The firm added that piling work was scheduled to begin in the second half of 2020.

The firm also said it was “refining” the conceptual design for Naga 3, which it said was intended to “improve the overall efficiency and reduce the density of the integrated entertainment complex, without material changes to the planned total built-up area”. The number of planned towers would be reduced from the initial five to three.

NagaCorp added: “It is envisaged that the number of rooms shall be reduced to be replaced by a special Upper Podium or Upper Street… The Upper Street shall be situated at the 57 level which consists of four floors: two floors shall be dedicated to VIP gaming and two floors shall remain as a huge recreational area, likened to the swimming pool areas of Marina Bay Sands Singapore,” but in this case “overlooking the romantic Mekong River” and the rest of Phnom Penh.

The firm also stated that “the first phase of upgrading 250 hotel rooms” at Naga 1 “was completed within budgeted cost and reopened at the end of 2019, with no visible disruption to the group’s business volume growth”.

NagaCorp said it planned to upgrade the remaining 250 hotel rooms at Naga 1 by June. “The group believes that the completion of the Naga 1 upgrade project will contribute positively towards the quality, standard and comfort of Naga 1, driving business volume and revenue.”

In its filing, NagaCorp said that Cambodia’s “much-anticipated casino law” was“expected to be promulgated [by the Cambodian authorities] within 2020, further strengthening the regulatory environment which has been improving in recent years.”

The latest NagaCorp filing said the firm’s investment in a casino resort in the Primorksy Krai region, near the eastern Russian city of Vladivostok, remained “broadly on schedule”. The firm did not clarify in the document what was its schedule for opening the project. NagaCorp had previously stated the the first phase of the complex – to include a hotel, casino and a conference hall – would be completed last year.