No date yet on Casino Jai Alai reopening: SJM’s Leong 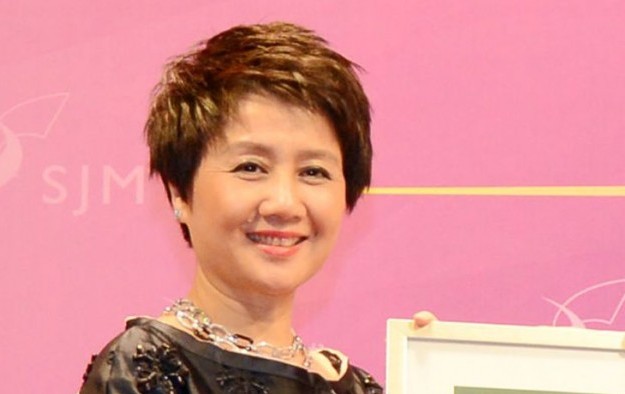 An executive of Macau casino operator SJM Holdings Ltd on Monday stopped short of giving a firm date for the reopening of its Casino Jai Alai property on Macau peninsula. The venue is undergoing an extensive revamp.

Angela Leong On Kei (pictured), an executive director of the firm, told media on the sidelines of a company event: “Now it’s hard for me to say when it [Casino Jai Alai] is reopening.” She added she hoped it could be before the end of this year.

The SJM executive declined to elaborate on how many gaming tables there will be at the remodelled Casino Jai Alai, but noted that the property will feature a mall.

A note in August 2015 from brokerage Sanford C. Bernstein Ltd had mentioned the possibility that Casino Jai Alai might have 45 tables when it reopened.

In its  2015 annual report, filed on April 28, SJM Holdings mentioned only that the new-look Casino Jai Alai would have a hotel with approximately 130 rooms, restaurants and shops.

Ms Leong had mentioned to the media on June 16 that Casino Jai Alai was scheduled to reopen in the fourth quarter of this year.

She said then that the firm had already conducted two rounds of worker recruitment for the relaunch of Casino Jai Alai; mainly in search of hotel and catering staff. But she noted she was still uncertain about how many casino dealers would be needed for the property.

Renovation work on Casino Jai Alai was suspended in February 2014, pending government approvals, and was restarted in May 2015, the firm had previously said.

Ms Leong mentioned to media on Monday that SJM Holdings was seeking to make greater use of local small-and medium-sized enterprises (SME) partners for procurement of goods and services – including for Casino Jai Alai. She was speaking at a press briefing given by the firm on Monday regarding its SME procurement partnership programme.

China has moved one step closer towards reopening, by relaxing some its Covid-19 control measures, with most infected people now able to quarantine at home rather than in state-sanctioned... END_OF_DOCUMENT_TOKEN_TO_BE_REPLACED