No Macau price war but room rates might slip: Goldstein 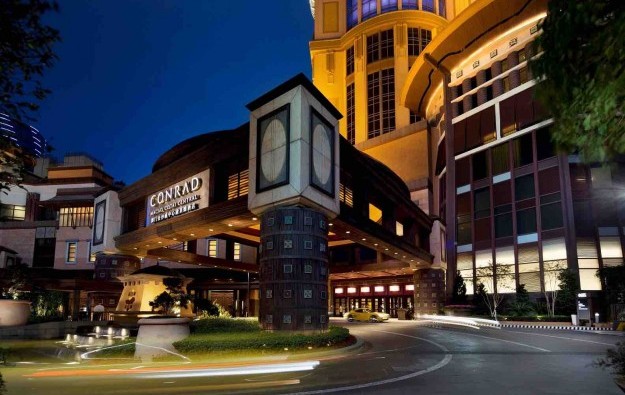 Macau is unlikely to see a price war among the city’s gaming operators in terms of casino marketing offers to mass-market gamblers, says a senior executive at Las Vegas Sands Corp.

But Robert Goldstein – president and chief operating officer of the parent firm for Macau gaming operator Sands China Ltd – suggested that discounting of Macau hotel room prices could become more aggressive, especially as the room inventory in the city rises as new properties open on Cotai between now and the end of 2017.

A number of investment analysts have mentioned that as the structure of the Macau market shifts toward mass play and away from VIP, casino operators’ margins could become pressured, via upped marketing spend to attract so-called ‘base mass’ and ‘premium mass’ players.

Mr Goldstein told an investment conference in Las Vegas on Thursday, in response to a question about possible pressure on Macau operators to give away more to mass-market gamblers: “I don’t think promotions are going to become on the gaming side that difficult. I think you’re going to see more promotions or discounting on rooms, because obviously the [Macau room] inventory is growing significantly.”

That was a reference to Sands China’s new Cotai property the Parisian Macao, that Las Vegas Sands has said could open in late summer; to Wynn Macau Ltd’s new Cotai venue due to launch on June 25; and MGM China Holdings Ltd’s Cotai offering MGM Cotai, which is currently scheduled to open in the first quarter of 2017.

But Mr Goldstein added, in his remarks to the JP Morgan Gaming, Lodging, Restaurant and Leisure Management Access Forum: “I still think the beauty of Macau is the propensity of the Asian customer to gamble is higher than any [other] place in the world. Even when you are discounting rooms, you are rewarded on the casino side.”

The executive noted however that with Macau’s shift to a mass market, the weekly distribution of gaming revenue was becoming even more skewed toward weekends, as he said was common in Las Vegas.

“Before, if your hotel was running empty, you had enough high-end business… The gambling room in Macau was influenced by a very small group of very high-end customers. When I say small, I mean a couple of hundred a day, a thousand people a day. That drove tremendous GGR [gross gaming revenue] that is basically not there right now, or there much less often,” said Mr Goldstein.

He added: “On the gaming side, when you are [serving] a mass-market audience, you are not able to comp [offer giveaways] that much. You can’t be that silly, because that market’s not addressable. You can’t ‘talk’ to 10,000 gamers that are betting a couple of hundred Hong Kong [dollars] a hand.”

The Las Vegas Sands executive said that despite this, the mass market offered more sustainable business.

“What made Macau vulnerable I think a couple of years ago was when you had a couple of hundred players a day losing insane amounts of money which pushed the GGR way up.”

Mr Goldstein was asked if the anti-graft campaign in mainland China – that has been linked by some investment analysts with a drop off in high-end play in Macau – was showing any signs of winding down.

“I would be foolish to say it is over,” he stated, adding that Macau was only part of a much larger story regarding mainland China.

“The [central government’s] focus is not Macau, the focus is on retailers and high-end spending, money movement. We [as an industry] are just… part of that food chain, and we have unfortunately suffered as a result. But I do think there’s pent up demand. As long as people in Asia are breathing they are going to want to gamble,” said Mr Goldstein.

He said his firm “embraces” regulatory compliance, whether in Asia or in U.S. markets.

“We’re a big believer that compliance is critical [to business success]… We don’t fear it. We embrace and accept it. It’s part of our whole world today.”

He added he didn’t think that high-end gambling, even if the global economy turns more bullish, “will ever lose the compliance focus we have today”.

Macau’s Legislative Assembly (pictured) will conduct on Monday (January 24), during a plenary session, a formal first reading of the draft bill to amend the city’s gaming law, according to a... END_OF_DOCUMENT_TOKEN_TO_BE_REPLACED