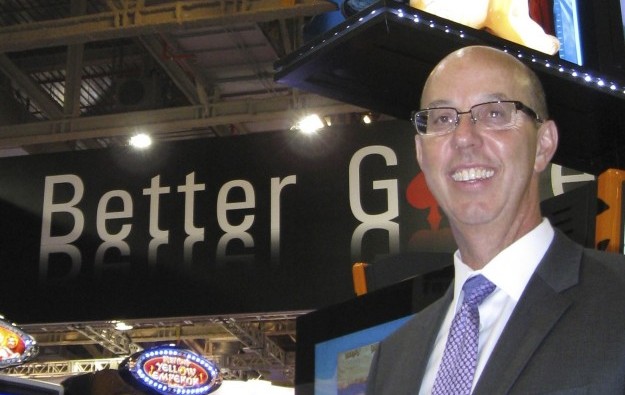 “Recently, there has been a lot of speculation among investors and the press regarding our financial structure and ability to complete the Bally transaction. I want to clarify our position and end this confusion,” Mr Isaacs told a conference call following the company’s release of its latest quarterly results.

“We have firm financing commitments in place to fully fund the transaction. We remain very comfortable with our planning, our ability to reach the anticipated synergies and our ability to repay the debt,” he stated.

Mr Isaacs said Scientific Games plans to market the remainder of the debt financing for the deal within the next two weeks, although the company had already ensured enough bank financing commitments to cover the deal, if needed.

Earlier this week, Bloomberg News reported that banks led by JPMorgan Chase & Co had put off syndicating US$3.19 billion of loans for Scientific Games to finance the Bally Technologies acquisition, quoting unnamed sources. That was after the banks, hired to underwrite and sell a bridge loan to finance the deal, failed to gather interest from investors, the media outlet reported.

Scientific Games, a specialist in lottery equipment and management, announced in August it was acquiring fellow gaming equipment maker Bally Technologies in a deal valued at US$5.1 billion. In September, the schedule for the completion of the merger was brought forward to end-2014. The deal was initially scheduled to be closed in early 2015.

Mr Isaacs also said on Thursday that Scientific Games now forecast the Bally Technologies acquisition to yield greater expected financial savings than originally anticipated. “As a result, we are increasing our estimate of annual cost synergies anticipated to be realised from the pending Bally transaction by the end of 2016 from US$220 million to US$235 million,” he added.

The Nasdaq-listed company said the loss was inclusive of a US$19.7 million non-cash impairment charge to write down the company’s equity investment in Northstar Lottery Group LLC, the private manager of the Illinois Lottery, in the United States. It also included US$5.9 million of transaction- and financing-related costs associated with the pending acquisition of Bally Technologies and US$1.9 million of employee termination and restructuring expenses.

Third quarter revenue increased to US$415.6 million from US$234.4 million in the prior-year quarter. That primarily reflected a 9 percent increase in total lottery revenue, and the contribution of slot machine maker WMS Industries Inc operations, which Scientific Games acquired in 2013.

Attributable earnings before interest, taxation, depreciation and amortisation (EBITDA) increased US$38.3 million from the prior-year quarter to US$128.2 million.

“While our operating results still require further improvement to achieve the level of performance we expect, we believe we are making solid progress in utilisation of working capital, implementation of WMS-related integration initiatives, strengthening the organisation-wide focus on disciplined cost management and directing capital allocation only toward our highest-return opportunities,” Mr Isaacs said in a statement.