No revamp yet at Macau’s Beijing Imp hotel: report 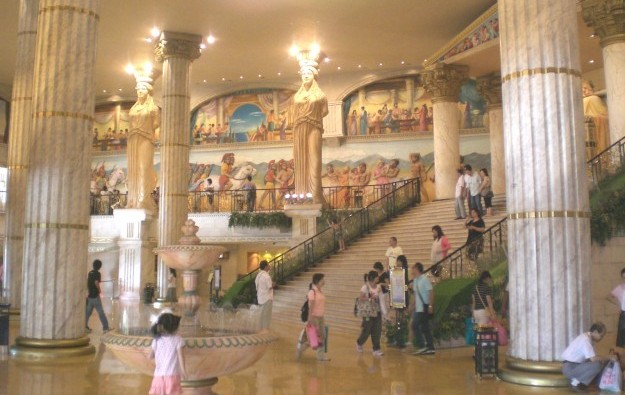 Beijing Imperial Palace Hotel, located on Macau’s Taipa Island, has yet to start renovation works to ensure the property is allowed by local officials to reopen. That is according to a Friday report from public broadcaster Radio Macau, quoting a written reply from the Macao Government Tourism Office, the latter also known by its acronym MGTO.

The tourism bureau reportedly said it had yet to receive any request for such work at the property (pictured in a file photo), nor had it received any fresh licensing requests for restaurants that had been operating inside the venue prior to a temporary closure of the hotel, Radio Macau stated.

The tourism bureau ordered in July 2016 a temporary closure of Beijing Imperial Palace Hotel for a period of six months, up to January 22, 2017. The sanction on the hotel – formerly known as the New Century Hotel – was the result of “serious administrative irregularities” and “illegal reconstructions”, said at the time Maria Helena de Senna Fernandes, MGTO’s director.

The bureau took the decision to shutter the venue after the hotel failed what was described as a multi-department government inspection conducted there on July 12.

The property was reportedly the first five-star establishment in Macau ever to be subjected to such a sanction.

The tourism bureau declined to discuss with Radio Macau what action it might take if the temporary closure period expired without any remedial action at the venue.

“Since the temporary closure period did not end yet, MGTO will not disclose for now any conclusions on the matter,” it stated.

Beijing Imperial Palace Hotel opened in 1992. The hotel had more than 500 rooms prior to its temporary closure.

Casino Greek Mythology, inside the property, was shut down on December 31, 2015 by Macau’s casino regulator, the Gaming Inspection and Coordination Bureau – also known by its Portuguese acronym DICJ – in a measure described at the time as a “temporary closure”. That was at the request of casino operator SJM Holdings Ltd, which provides the gaming licence for the casino.

On December 7 the casino regulator told GGRAsia it had yet to receive a plan for the re-opening of Casino Greek Mythology.

Under Macau’s current gaming framework, Casino Greek Mythology can stay closed indefinitely without its rights to operate gaming being put at risk.

“The current regulation has no specification on how long [a] casino can suspend operation,” stated the casino regulator in its December reply to GGRAsia.

Casino Taipa – another property under the gaming licence of SJM Holdings – reactivated its licence and restarted operations last November, after being closed since 2008.

Macau’s casino gross gaming revenue (GGR) for the first five days of February is estimated at MOP1.9 billion (US$235.1 million) – or MOP380 million per day – a level that suggests a “45... END_OF_DOCUMENT_TOKEN_TO_BE_REPLACED