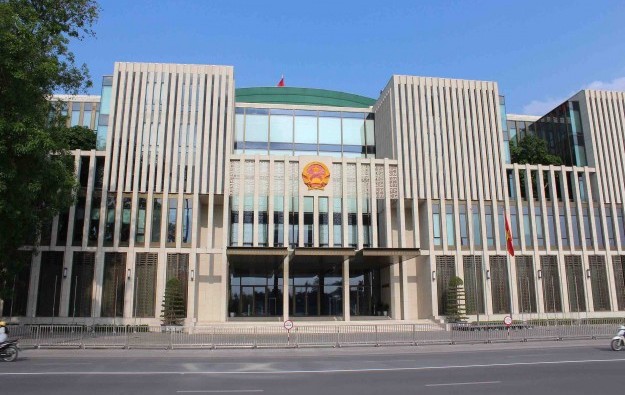 Draft guidelines on ways to implement a Vietnamese government decree regarding casino business in the country make no mention of restrictions on what casinos and which regions can take part in a pilot scheme to allow locals to gamble.

That is according to the Vietnam Investment Review news outlet, in a story carried online on Thursday by VietnamNet.

“This is very surprising because before the decree was issued in January, some sources were saying that the government would only authorise pilot programmes in casinos in the northern province Quang Ninh’s Van Don [area] and the southern province of Kien Giang’s Phu Quoc Island,” stated the story, without attributing those sentiments to any particular person or grouping.

Following a meeting in December between Quang Ninh officials and Vietnam’s Prime Minister, Nguyen Xuan Phuc, it had been reported that same month by the country’s media that a three-year trial period would be held regarding locals gambling. Two casino resorts were mentioned at the time for the pilot scheme – one in the Van Don Special Economic Zone in Quang Ninh, and the other on the southern resort island of Phu Quoc. Both casinos are said to be under construction.

The terms of the 50-page decree – the outline of which had reportedly been discussed in a committee of the country’s National Assembly (pictured) – came into effect on March 15. The measure would allow citizens over 21 years old and with a certified monthly income of at least VND10 million (US$443) to enter local casinos and gamble, news agency AFP had reported in January.

Thursday’s story from the Vietnam Investment Review mentioned that casino operating companies would need to retain for three years documentary evidence of the financial qualification of any local players, “so that government agencies can supervise, monitor, check, and investigate”.

According to the story, the draft implementation guidelines also propose that casino operating firms open an account for players or issue an electronic card to each customer “in order to monitor people entering and leaving the casino according to Clause 14 of Decree 03”. The latter is a reference to the title of the January decree, which is officially known as “Decree No.03/2017/ND-CP”, as mentioned in Thursday’s report.

Even if Vietnam imposes no restrictions on what regions or projects can run pilot schemes allowing locals to gamble, one major regional investor has indicated it will adopt a wait-and-see approach.

“We’re not necessarily in love with the conditions or the three-year test period,” said Sheldon Adelson, chairman and chief executive of Las Vegas Sands Corp, in comments to investment analysts on the group’s first-quarter earnings call on April 26. Las Vegas Sands is an operator in Macau and Singapore as well as the United States.

“We don’t want to spend billions of dollars and find out in three years they’ve changed their mind and they’re not going to allow locals in. So we want to see how that goes,” added Mr Adelson.