No talks yet with Macau govt on concession extension: Sands 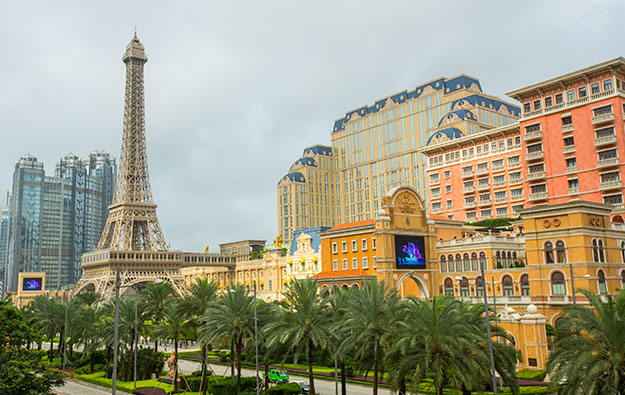 The Macau government has yet to approach local casino operator Sands China Ltd to discuss with the firm a potential extension of the latter’s gaming concession. That is according to Sands China Ltd’s president and executive director Wilfred Wong Ying Wai.

“As we move closer to the expiry of the concession, naturally the extension of the concession is an option which the government will have to look at,” Mr Wong said. “But at this stage, there is nothing official and we have no privy information [on the matter],” he added.

After that, any new concession would have to be granted via a public tender of international scope, according to a number of legal experts.

“Obviously, the [concession licence] extension is a very complicated issue,” Mr Wong said. “It is something that the Macau government and the Chinese government will have to look at very carefully.”

The Sands China executive noted the calendar for a fresh gaming rights tender by June 2022 was becoming increasingly tight. He pointed out that the Macau government had pledged to conduct a public consultation over the review of Macau’s gaming framework, before proposing legal changes to it.

Mr Wong said that since an election for the city’s Legislative Assembly was scheduled for September 12, the relevant public consultation and legal amendments to the gaming law were likely to happen only after that.

“I don’t think the government is in a rush to renew the licences because they want to do things right,” said Mr Wong. “There are many legal issues they have to attend to, such as the concession and sub-concession issue, and for this they can only go to the Legislative Assembly when the new assembly is in place.”

Only three gaming concessions were offered in Macau during the 2002 casino liberalisation process. They were granted to: SJM Resorts Ltd, a subsidiary of SJM Holdings Ltd; Wynn Resorts (Macao) SA, a subsidiary of Wynn Resorts Ltd; and Galaxy Casino SA, connected to Galaxy Entertainment Group Ltd. The local authorities eventually allowed each concessionaire to have a sub-concession each, enabling MGM China Holdings Ltd, Melco Resorts and Entertainment Ltd and Sands China Ltd to enter the market. A number of legal experts has pointed to weaknesses to this model, with sub-concessionaires operating ‘de facto’ as concessionaires.

Robert Goldstein, the group’s chairman and chief executive, stated the importance of air travel resumption for business improvement at the property. Mr Goldstein said the firm had “no visibility” on when that could happen. “It is difficult to project additional EBITDA [earnings, before interest, taxation, depreciation and amortisation] from Marina Bay Sands until resumption of air travel,” he said.

Mr Goldstein also reaffirmed that the Las Vegas Sands group was currently not eyeing re-entry to the race for a casino resort in Japan. “At this point, we remain on the sidelines”, he said.

Las Vegas Sands stated in a May 2020 announcement that it would “discontinue its pursuit of integrated resort development in Japan”. That was because the framework for development in Japan of a gaming complex had made the firm’s goals there “unreachable”.

During the latest conference call, Las Vegas Sands management was also asked by investment analysts about the group’s announced interest in entering in the online gaming market. Despite repeated questions on the matter, few details were provided. “We are still in the very early stages,” said Patrick Dumont, president and chief operating officer for Las Vegas Sands.

Earlier this month, Las Vegas Sands announced it wanted to become “a strategic investor in digital gaming technologies”. The push was to be “focused primarily on the business-to-business space”, the firm said at the time.