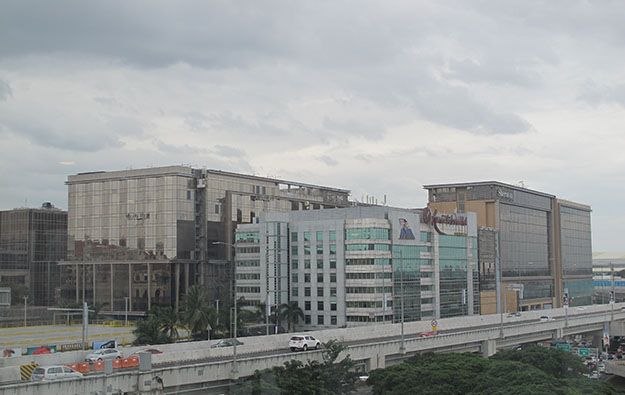 Japanese brokerage Nomura says it has lowered its 2019 and 2020 forecast for earnings before interest, taxation, depreciation and amortisation (EBITDA) for Travellers International Hotel Group Inc, owner and operator of the Resorts World Manila casino complex (pictured) in the Philippine capital.

Travellers International reported full-year 2018 profit of PHP1.4 billion (US$26.6 million), nearly 400 percent higher than 2017. Such increase was supported by a PHP1.7 billion gain from insurance recovery tied to the arson and robbery incident in June 2017.

In 2017, profit at Travellers International had fallen sharply year-on-year due to the affects of the lone-gunman attack, fire and subsequent temporary closure of Resorts World Manila, the management had said in commentary at the time.

According to Nomura, the casino operator would have recorded an estimated net loss of PHP165 million, excluding the insurance claim.

Travellers International’s revenues “surprised on the upside,” up 9 percent from 2017, said the brokerage in a Tuesday note. “But EBITDA margin compression (-7.2 percentage points) overpowered this upside surprise,” wrote analyst Thomas Earll Huang, adding that the brokerage attributed the lower margin to the partial opening of the Grand Wing.

The new wing of Resorts World Manila will have three international-standard luxury hotels. Aside from the launch of Hilton Manila and the Sheraton Manila Hotel, the Hotel Okura Manila is scheduled to open this year. The Grand Wing also includes new gaming, entertainment and shopping space.

In Tuesday’s memo, Nomura said it decided to lower the EBITDA forecast for financial years 2019 and 2020, as Travellers International pursues its expansion plans. The brokerage said the estimates for earnings per share have also been lowered by 39 percent for each of the financial years.

Travellers International’s gaming revenue for full-year 2018 was PHP20.0 billion, up 17 percent compared to PHP17.1 billion a year earlier, likely helped with the opening of Grand Wing’s first gaming floor, which added 55 gaming tables and 441 slot machines to the complex, said Nomura. Such growth however has been “outstripped by ramping costs,” added the brokerage.

“Opex [operational expenditure] ex-depreciation jumped in fiscal-year 2018 equating to 89 percent of revenues versus 81 percent the year prior owing to front-loaded costs. We thus expect EBITDA margin recovery to only begin after the second gaming floor of the Grand Wing comes on-stream,” said Mr Huang.

The second gaming floor at the Grand Wing – expected to add 100 tables and 400 slot machines – is “slated to open during the second half of 2019,” suggested Nomura.

The total number of licensed gaming promoters in Macau – either entities or individuals also known as ‘junkets’ – shrank by 45.9 percent over the past 12 months. The fall marks the ninth... END_OF_DOCUMENT_TOKEN_TO_BE_REPLACED